Tomorrow, members of the Electoral College will meet to formally cast their votes for US President.

In most election years this would just be another deadline, another date in the calendar, another quirk of the complex US electoral system.

This year however the process will be more closely watched.

US President Donald Trump is refusing to concede and is continuing to claim, without evidence, that there was voter fraud and that he is the rightful winner.

On Friday, the US Supreme Court rejected a challenge backed by President Trump aimed at overturning the election result.

He said recently that he will accept defeat if the US president-elect Joe Biden wins 270 electoral votes when members of the Electoral College cast their ballots tomorrow.

The deadline by which all challenges to the election results in individual states were supposed to be resolved. 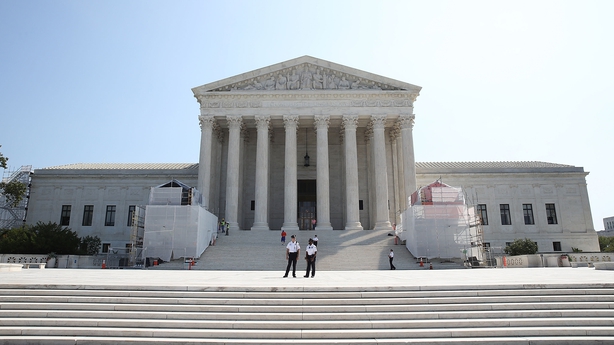 As the deadline passed, it dealt another blow to Donald Trump's efforts to overturn the election result.

His campaign however was quick to insist that it was not a significant date.

"It is not unprecedented for election contests to last well beyond 8 December," campaign lawyers said.

"The only fixed day in the US Constitution is the inauguration of the president on 20 January at noon," they added.

When Americans voted for president, they were technically voting for a slate of electors to cast ballots on their behalf.

These electors are groups of people who will meet tomorrow in their state capitals and vote for president and vice president.

In every state except Maine and Nebraska, it is a "winner takes all" scenario. Even if a candidate won a state by the tiniest of margins, they win all that state's electoral college votes.

There are 538 electoral votes up for grabs and a majority of 270 is required to win the presidency. It is expected that Joe Biden will win with 306 electoral votes.

In theory, the electors are supposed to follow the will of the voters in their individual states and cast their ballots for the candidate chosen by the people they represent.

But you can have "faithless electors" who rebel and vote for someone else.

There is no overarching federal law that requires electors to vote for the candidate chosen by their voters but some states have passed legislation to protect the process and provide a mechanism to replace electors who try to vote contrary to the will of the electorate.

Technically, it is possible to have "faithless electors" but it is highly unlikely that there will be enough of them to change the expected outcome.

Once the votes are cast by the Electoral College the results are sent to Congress.

On 6 January the House of Representatives and Senate will meet in a joint session to count the electoral votes.

US Vice-President Mike Pence, in his role as president of the senate, will announce the results from each state.

Members of Congress can object to the results and we can probably expect some fireworks here.

Pro-Trump Republicans in the House and Senate, eager to please the outgoing president, may well repeat his baseless claims of voter fraud and object to Joe Biden's victory.

For an objection to be approved, however, it must win a majority of votes in each chamber and this is highly unlikely.

Democrats control the House of Representatives and the tight margins in the Senate mean a challenge to the election outcome probably would not have the votes.

Once Congress has certified the results, the next significant date is Inauguration Day on 20 January when Joe Biden is expected to be sworn in as the 46th president of the United States.

For more than a month Donald Trump has been making unfounded claims that the election was stolen from him and that he is the rightful winner.

His media appearances, and those of his lawyers and spokespeople, have been dominated by false accusations of voter fraud.

The president's twitter feed is filled with warning labels flagging the disputed claims he continues to peddle.

But millions of his supporters believe the falsehoods and have vowed to stand with Donald Trump in his fight against the election results. 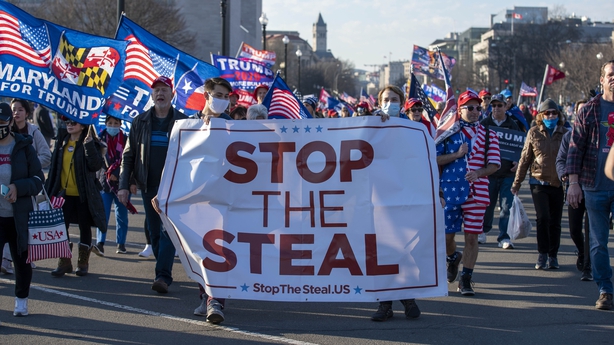 Thousands gathered in Washington DC yesterday for a pro-Trump rally.

It was the second such demonstration in the US capital since election day but this rally was far smaller than the so-called "Million Maga March" which saw tens of thousands take to the streets last month.

Although smaller in number, the Trump supporters who gathered yesterday were just as vocal and just as adamant that the election had been stolen from Donald Trump.

They carried banners with slogans such as "Stop the Steal" and vowed to continue fighting the election results.

Michael Willett said he believed Joe Biden had stolen the election and rejected claims that there was no evidence of widespread voter fraud.

"The courts don't seem to have the backbone to rule but this is an opportunity for me to show my support for the president ahead of the Electoral College vote on Monday," he added.

Donald Trump's supporters chanted "four more years" as they gathered yesterday but soon it will be a case of "four more weeks" as the clock runs out on the US president's time in office.