This week, business fought back.

Employers' body Ibec released a public letter to the Taoiseach demanding a better strategy to suppress the virus rather than punitive restrictions and it also wants more consultation.

CEO Danny McCoy said the current approach was creating greater economic and social damage than was necessary and he railed against the "blanket suppression" of non-essential retail, hospitality and other sectors with no refinement to the overall plan since the first lockdown.

In particular, he took aim at the National Public Health Emergency Team for, in his view, using media briefings to set the agenda and narrow the choices for Government.

The timing was significant, coinciding with the ongoing discussions in Government Buildings as ministers grapple with the question of how to reopen society at a time when virus numbers are plateauing.

And they are facing the growing clamour for a bumper Christmas for individuals and their families along with businesses dependent on seasonal trade.

But does Ibec have a point?

Certainly, the Government has not delivered on the promised four-week review of this latest tightening of restrictions. And several opposition parties have consistently queried the lack of an evolved plan and the seemingly slow progress in testing and tracing.

Also, the abandoned crackdown on takeaway pints and on-street drinking left the Government open to criticism as it floated ill-thought-out plans.

A few days later, NPHET appeared to respond to the attack, with Chief Medical Officer Dr Tony Holohan pointing the finger at workplaces and by extension, employers.

"The message really hasn't gotten through, you look at the traffic and you look at what’s going on in workplaces," he said.

"People will tell you stories about car parks are full, canteens are full in workplace settings."

And his deputy, Dr Ronan Glynn, firmly placed the onus on employers saying they have "a significant responsibility to take these messages on board and encourage and facilitate employees in so far as is possible to work from home".

'Car parks are full, canteens are full in workplace settings'

All of this exemplifies the tussle for the Government’s attention and a positioning by various sides to control the message around the time of the reopening.

Four weeks into Level 5 restrictions and the unwelcome news is that the rapid decline of the virus is stalling.

But despite the negativity around this slippage, the Government has repeatedly said that Ireland has the third lowest Covid rate in Europe.

In addition, Health Minister Stephen Donnelly told the Dáil that the death rate in the second wave was 90% lower than during the first.

All this means there’s a fine balance to be struck in setting parameters for December.

Restaurants are pushing the need for indoor dining to make operations viable. The Restaurants Association of Ireland has said the taxpayer would lose €250 million if the sector was closed.

What we do know is that the ban on inter-county travel will be relaxed in advance of Christmas as it would be politically unpalatable to tell people they could not visit loved ones.

The emphasis appears to be on trusting people and on individual responsibility, as the Taoiseach said at the Fianna Fáil parliamentary party meeting.

This could mean requests to people to limit the number of social gatherings over Christmas, emphasising the need to accept that this year’s festivities are going to be hugely dampened down. 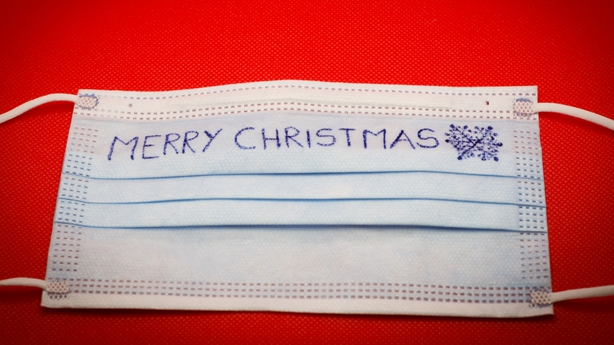 Despite the calls from business for longer lead-in times to order stock and prepare, it looks like the formal announcement on what happens after 1 December will be next Thursday or Friday - leaving around four days to get organised.

The choreography is that NPHET will meet again on Thursday and issue its recommendations to Government. These will be considered by senior officials, the Cabinet subcommittee and then the Cabinet itself.

Much of the political focus early next week will be on Tuesday’s Dáil debate on exiting Level 5 restrictions.

Opposition TDs have been calling for this for some time, although several have criticised its timing as too late to have a major influence on the Government plan.

The Taoiseach has stressed that what he wants is for people to have a meaningful but safe Christmas.

What’s not clear is whether that is actually achievable.

Outline of tracing legislation could be ready by March

Cabinet 'did not decide on' €81k salary increase

Leaving Cert uncertainty as demands for a decision grow