Stormont ministers were locked in late night negotiations on Tuesday amid efforts to agree new coronavirus restrictions for Northern Ireland.

The executive meeting has been adjourned again, with no indications of an imminent breakthrough.

There were angry exchanges at the outset of the meeting when the DUP moved to block a proposal from health minister Robin Swann to extend the region's current circuit-break lockdown for two more weeks.

The DUP used a contentious Stormont mechanism - a cross-community vote - to effectively veto the proposal, despite support for the move by a majority of executive parties. 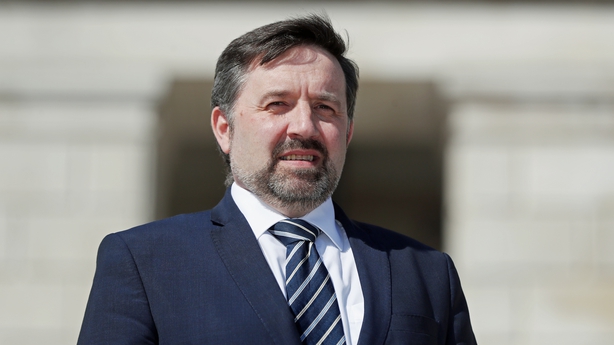 Alliance Party justice minister Naomi Long was particularly critical of the deployment of the mechanism, which was triggered by DUP agriculture minister Edwin Poots.

Mr Swann and senior health officials had warned that Covid-19 cases were likely to spike again in mid-December if the fortnight extension was not approved.

The DUP has been strongly opposed to extending the full complement of restrictions beyond the original four-week period.

After Mr Swann's paper was voted down, ministers turned to debating alternative proposals tabled by DUP economy minister Diane Dodds, who recommended a partial reopening of the hospitality sector.

The circuit-break has forced the closure of much of the hospitality sector in Northern Ireland and halted the work of close contact services such as hairdressing.

It is understood that measures in Mrs Dodds' alternative paper include:

A further 11 Covid-19 linked deaths were announced in Northern Ireland today, along with 514 new confirmed cases.

She told the Assembly there was a need to develop a "clear exit strategy" from lockdown measures.

"I do not believe that we can continually go into circuit-breakers, lockdowns, call them what you will," she said.

"You cannot keep turning on and off the economy. 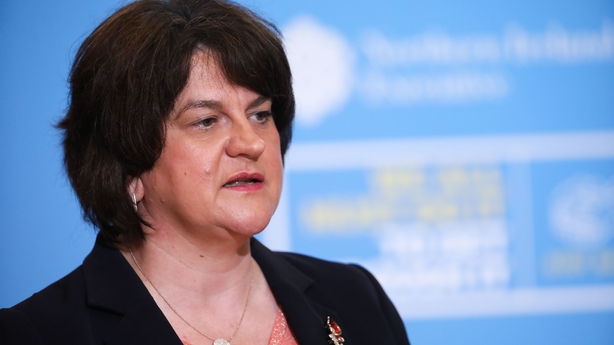 "When you go back on one occasion there'll be nothing left and people will not have jobs, they will not be able to support their families, they will fall into destitution and poverty, and that in and of itself has its own health outcomes - mental health and, as I say, the issues around poverty.

Sinn Féin MP Chris Hazzard said his party supported the resumption of close contact services but believed the restrictions on the hospitality sector should be extended.

Mr Hazzard said it would be reckless to throw away progress in reducing infection rates.

"I think there is a case to be made when it comes to close contact services, you could look at relaxations," he told BBC Radio Ulster.

"But I think on the whole it's important we find a way forward now that sees us through to the new year and, to me, that means restrictions must stay in place for another two weeks."

In a clear indication of the strength of opposition among some DUP members to extending restrictions on businesses, party MLA Paul Frew accused the Executive of committing an "act of vandalism" on the economy.

Mr Frew, who also criticised the introduction of the circuit-break last month, branded the actions of the administration, particularly the delay in providing clarity to businesses, a "shame, disgrace and farce".

"We have businesses, owners asking do I bring my supply chain in, do I order all that food, do I fill my freezer," he told MLAs.

"This is a tremendously harsh time for business and yet this Executive is causing an act of vandalism to those businesses.

"It is an act of vandalism to not be able to tell a business on the Tuesday that they can open up for sure on the Friday, that they can fill their fridges and freezers, they can bring in their stock and they can pay their supply line.

Northern Ireland could receive around 570,000 doses of Covid-19 vaccine by next spring.

The vaccine developed by Pfizer and BioNTech was tested on 43,500 people in six countries and no safety concerns have been raised so far. It offers 90% protection and is one of several undergoing tested.

Two doses, three weeks apart, are needed and further trials and regulatory consents are necessary before it can be distributed.

Around 285,000 people could potentially be inoculated to the disease under the initial allocation as part of a UK-wide order.

A statement from Stormont's health department said: "The vaccine will be split using the Barnett formula so for the first 20 million doses which are scheduled to be in the UK by the end of March 2021, Northern Ireland would receive roughly 570,000 doses."

The statement noted the vaccine still needs to officially pass stage three mass testing trials and then receive official authorisation before it can be used in the UK.

Health Minister Robin Swann has cautioned the public not to "let down their guard" despite progress towards mass vaccination in 2021.

He said it will likely be well into 2021 before a vaccine is generally available to the population - not least because mass global vaccination is a huge logistical challenge.

Those most at risk could receive it by the end of the year.