The town square in Kenmare, Co Kerry, has reopened following major flooding caused by heavy rain over the last 24 hours.

Mét Éireann said 64mm of rain fell at its weather observation station in Cahersiveen in the 24 hours to 7am, when a yellow rainfall alert for the area was withdrawn.

However further heavy rain is forecast for the southwest of the country overnight tonight.

Motorists are still being asked to avoid the square in the town if possible.

Flooding at a number of other locations like Scarteen Park and Cill Mhuire has been cleared. 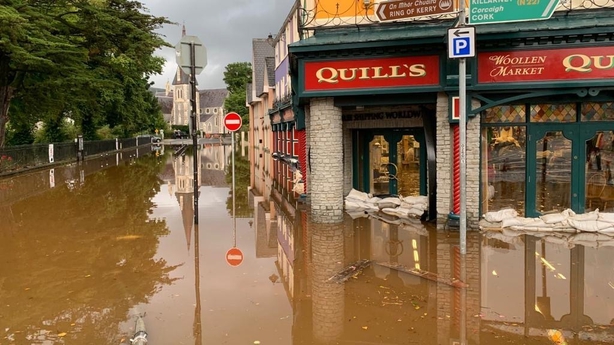 The N70 road near Sneem National School between Sneem and Caherdaniel has also reopened to traffic.

There is some debris on the road near Blackwater Bridge, which is being cleared by council personnel.

Further along, flooding at the Inny Bridge between Waterville and Cahersiveen has eased and the road is now passable there. 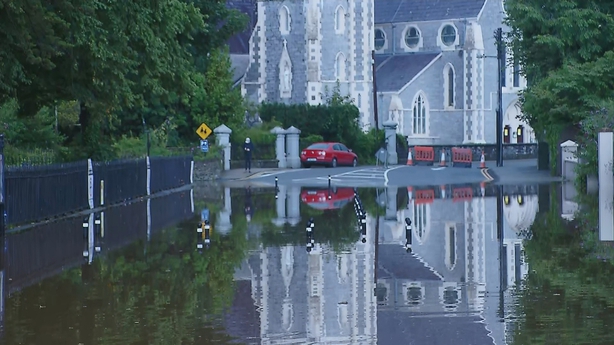 Council staff and gardaí are on site and motorists should use alternative routes. Traffic is down to one line at Foilmore National School on the N70 due to surface water and council staff are working to clear this route. 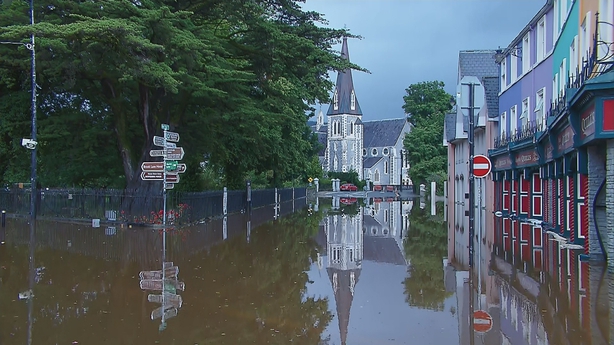