The organisation that manages Dublin and Cork airports has told politicians there may be merit in testing passengers for coronavirus before they fly from non-Green List countries to Ireland.

At a hearing of the Oireachtas Committee on Covid-19 Response, executives from the daa proposed pursuing "an evidence-based system" for the countries excluded from the Green List.

The State-owned company suggested that "passengers are required to undertake a Covid-19 test 72 hours or less before travel and submit proof of a negative test prior to travel".

The daa welcomed the publication of the Green List of countries, where people can fly to and from without the need to restrict movements upon return.

But it said that in 2019, travel to the 15 listed countries represented "only 9% of our traffic".

The organisation painted a bleak picture of its financial situation to the politicians on the committee. The daa said that keeping the airports open with minimal traffic is costing €1m per day.

The group's chief financial officer Ray Gray the group has incurred losses of around €100m to date.

He said about two thirds of its 3,500 employees are supported through the temporary wage subsidy scheme. 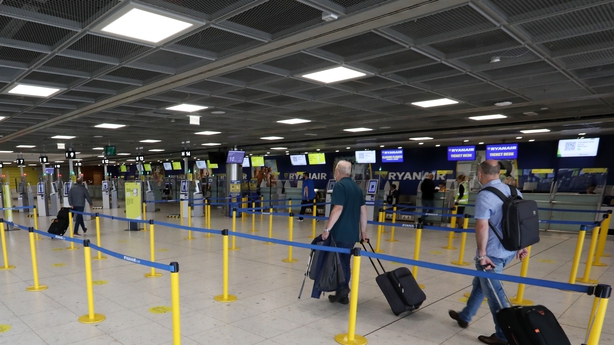 Asked about current trading by Fine Gael's Jennifer Carroll MacNeill, Mr Gray said by the beginning of July there was some resumption of flights, the daa is now handling around 200 flights per day, with around 30% of those flights full.

Paul McAuliffe, Fianna Fáil TD asked about the future of the daa.

Mr Gray said: "Right now we think passenger numbers will be down 75%, we know we need cash reserves and we have the ability to withstand that we have the capacity to survive what will be thrown us at this year."

RISE TD Paul Murphy asked about workers being made redundant. Mr Gray said: "It is quite clear we will need fewer people to run our business."

The daa said it is self-funding and not supported by the taxpayer.

The committee also heard criticism of the Green List from Ryanair, which said that there is "no rationale" behind the selection of the 15 countries on the list.

The airline will say the list "gives rise to more questions than answers".

In an opening submission to the committee, Ryanair will say it is not clear what is permitted by "essential travel," or the extent to which people are required to restrict their movements.

It will add that this was "highlighted when the Taoiseach and his advisors returned from Belgium (a country excluded from the Green List) and were unable to comply with the vague restrictions set out for the rest of the citizens of the State to follow".

The management team from the airline will tell politicians that the restrictions can be easily circumvented by flying in and out of Northern Ireland.

Ryanair will say the current restrictions will lead to further job losses, "on top of the significant number of jobs that have already been lost".

It will say: "Aviation in Ireland supports 40,000 direct jobs and over 100,000 indirect jobs. Tourism overall supports 325,000 jobs which is more than US multinationals if we don't have a functioning industry, all of these jobs are in danger."

The airline will say that as a nation, Ireland risks being left behind unless it can kick start the economy "while balancing public health issues" associated with Covid-19.

"We are on the periphery of Europe, and shutting down connectivity will lead to stagnation, and massive job losses in Ireland. That is a certainty and we should wake up to it," it will say.

The Irish Tourism Industry Confederation has estimated that the impact of the restrictions on international tourists are costing the industry €27m per day this summer based on a comparison to CSO data last year.

Eoghan O'Mara Walsh, CEO of ITIC, said that the quarantine rules and green list are ineffective and wholly inadequate.

"As a country we need to recommence international tourism in a safe manner and the only way to do this is by putting in place a comprehensive testing policy. Too many jobs and livelihoods are at stake not to proceed urgently with this approach," he added. 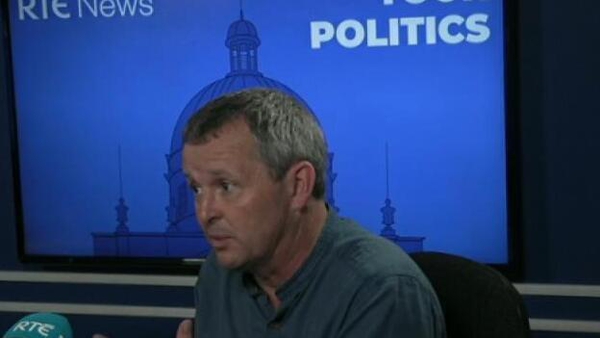