Hundreds of people turned out in Castlerea, Co Roscommon, this evening for a vigil to remember Detective Garda Colm Horkan who was shot at 15 times with his own official firearm.

His garda colleagues along with the community said prayers to remember the murdered officer.

Det Garda Horkan, who was from Co Mayo, was shot several times after he stopped a man on Main Street in the town just before midnight. 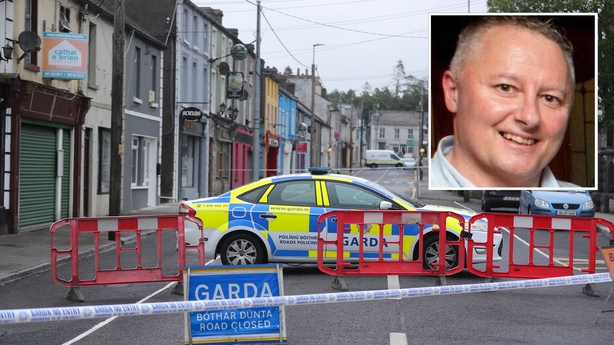 The President, the Taoiseach, as well as national and local public and political representatives, have expressed their shock and sadness at the murder.

Garda Commissioner Drew Harris paid tribute to the detective, "a beloved member of the community" who lost his life "for no good purpose" in "a random act".

A man in his 40s has been arrested and is being held at Castlerea Garda Station. A murder investigation is under way.

Commissioner Harris has said he was "deeply saddened" by the death of Det Garda Horkan.

Speaking to reporters in Castlerea this afternoon, Commissioner Harris said there was no sense that the death was linked to organised crime, saying it was "a random act".

Garda Commissioner Drew Harris said there is no sense at the moment that the death of Detective Garda Colm Horkan in Castlerea last night was linked to organised crime, saying it was 'a random act' | Read more: https://t.co/WmbYUFLiRg pic.twitter.com/1j3aLImcYF

He said: "At this stage, there is no sense of a bigger picture that this was the result of organised crime or subversive.

"This is tragic and it is an attack upon us all. Policing is an extension of good citizenship.

"This has aggrieved us all and how we see ourselves ... this is an attack on society."

Gardaí are now trying to establish the circumstances surrounding the incident.

The matter has been referred to the Garda Síochána Ombudsman Commission as it involved an official garda firearm.

Det Garda Colm Horkan was alone on an anti-crime patrol last night when he stopped a man he knew on Main Street.

Det Garda Horkan called for back up, but during the struggle he lost control of his official firearm.

Fifteen shots were fired at him with it, as the magazine was emptied.

An ambulance crew that was in the area at the time treated Det Garda Horkan, but he died at the scene.

His immediate family were informed in the early hours of the morning.

Det Garda Horkan is the 89th garda to die in the line of duty since the force was founded in the 1920s.

His body has been removed to Mayo University Hospital in Castlebar where a post-mortem examination will be carried out.

The scene at the junction of Patrick Street and Main Street in Castlerea remained sealed off pending a forensic examination by members of the Garda Technical Bureau.

Gardaí have appealed to anyone who was in the town centre between 11pm and 12.30am, particularly road users with dash cam footage, to contact Castlerea Garda Station on 094 962 1635.

He said he understands that "a conversation was taking place between Detective Horkan and a member of the public when an altercation took place during which the service pistol Detective Horkan was carrying was used against him and he was shot and fatally wounded".

When asked whether Detective Horkan knew the assailant, Mr Harris said: "Detective Horkan served so long here that it would be hard to say who he didn't know in the town and the surrounding area."

He said the full resources of An Garda Síochána would be placed on this investigation.

The town of Castlerea is waking up to devastating news this morning. Flowers have been left at a garda cordon. It was beyond here where a Detective Garda was shot dead last night. pic.twitter.com/ku2WODAZym

'A shock to us all' - President

President Michael D Higgins has led tributes to the detective and expressed his sympathies to his family and friends.

He said: "News of the tragic death of a garda detective on duty in Castlerea has come as a shock to us all.

"An Garda Síochána play a crucial role in our communities and this loss of life damages our society as a whole.

"May I offer my deepest sympathy to the family, friends and colleagues of the garda, and to all those who have been affected by this tragedy.

"I have contacted the Garda Commissioner to express my deepest sympathies on this terrible loss of a member of the force."

'The death of a garda, active on duty, is a blow to us all' - President Michael D Higgins has paid tribute to Detective Garda Colm Horkan, who died in a shooting incident in Castlerea, Co Roscommon last night | Read more: https://t.co/uy5qSY5iab pic.twitter.com/SVybHDldX7

Taoiseach Leo Varadkar expressed his sympathies to the family and friends of Det Garda Horkan.

Mr Varadkar said: "I extend my deepest sympathies to the family and friends of the garda who has died in the course of their duties.

"Every day our gardaí put themselves on the frontline of crime prevention, on behalf of all of us.

Minister for Justice Charlie Flanagan expressed his shock and sadness on the death of the detective.

Fianna Fáil leader Micheál Martin said he was "shocked and saddened" at the killing of the garda.

"Our thoughts and prayers are with his family, his community and all his colleagues who continue to bravely protect us all from harm every day," he said on Twitter this morning.

Sinn Féin leader Mary Lou McDonald described it as a shocking incident and a sad day for gardaí.

She said: "I want to extend my deepest sympathies to the family, friends and colleagues of the garda killed in Castlerea, Co Roscommon last night.

"My thoughts are with the garda's family and colleagues at this time.

"I know that this incident will have caused serious shock and outrage in the local community in Castlerea and the wider region."

Local priest Fr John McManus was called to the scene and administered the last rites.

Speaking on RTÉ's Morning Ireland, he said gardaí in Castlerea were "deeply shocked and saddened" by what happened.

He said his thoughts and prayers were with the garda's family and colleagues in Castlerea and gardaí everywhere. 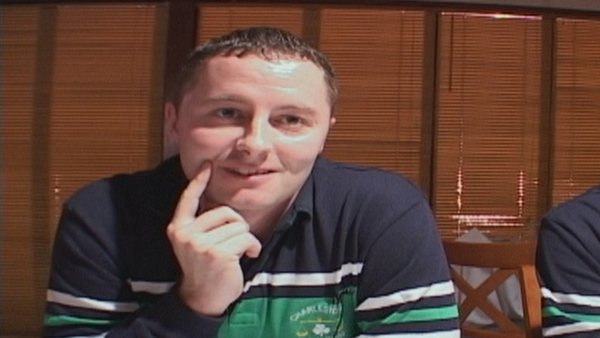 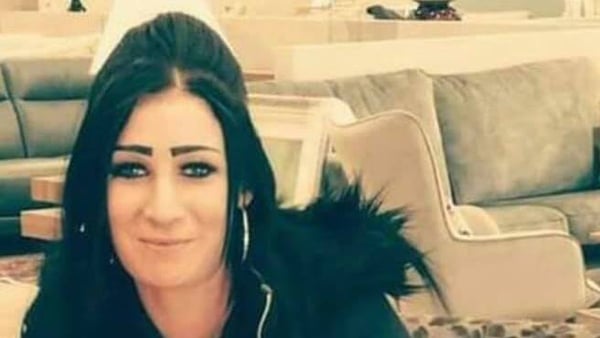 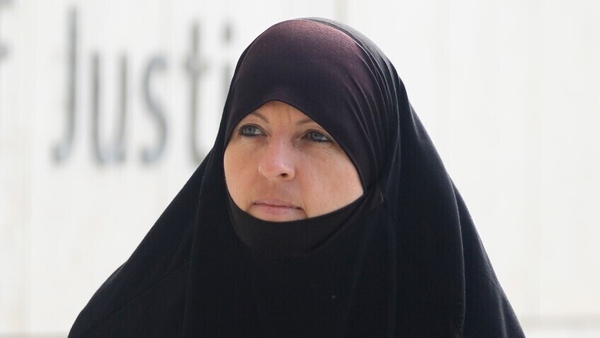 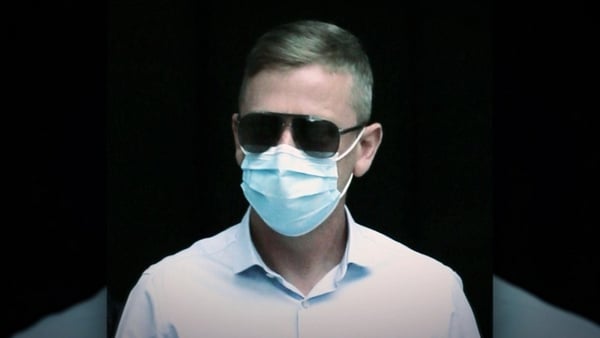