British Prime Minister Boris Johnson will hold talks with EU leaders to review the progress in the talks on future EU-UK relations.

Boris Johnson is expected to call for an intensification of negotiations in order to conclude a free trade agreement by the autumn. However, both sides remain far apart on the key issues.

It is the first time Mr Johnson has personally taken part in the talks which began in March, just weeks after Britain left the European Union on 31 January after 47 years in the European project.

Today's meeting was established in the Political Declaration which accompanied the Brexit Withdrawal Agreement.

The meeting is seen as a stocktaking of the negotiations so far, but when the event was envisaged, no-one knew that the coronavirus pandemic was going to severely curtail the number of negotiating rounds.

However, the deadlock over issues like fisheries, the so-called level playing field, and how disputes will be resolved was predictable.

Both sides remain at odds and both sides say the other must shift if progress is to be made.

Britain and the EU have held four rounds of talks on how to organise their ties after 31 December, when the UK leaves the single market and stops adhering to Brussels' rules after an 11-month transition.

However, the EU is expected to be consumed with the new seven-year budget and the pandemic recovery fund in July and in any case appears reluctant to compromise until the UK returns to the letter of the Political Declaration, which would keep Britain closer to the EU's regulatory orbit. 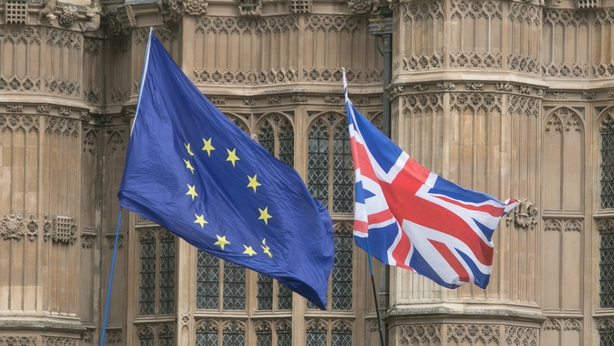 On Friday, Britain formally declared that it would not seek to extend the post-Brexit transition by one or two years, something it could have done according to the terms of the divorce deal Johnson signed last year.

The same intractable issues have hampered the talks since the start.

Britain has firmly rejected calls by the EU that it commit to European standards overseen by EU law to keep open access to the single market, something Brussels says would maintain a "level playing field".

"We cannot accept the UK's attempts to cherry-pick parts of our single market benefits," Mr Barnier said in a speech on Thursday.

"It is looking to pick and choose the most attractive elements of the single market - without the obligations," he added.

Read More:
EU formally accepts UK will not seek extension to Brexit transition period
Brexit: No light ahead of the tunnel
UK 'needs to come to table' over no-deal Brexit

The EU is also asking for continued guaranteed access to British waters for European fishing fleets, an idea Britain has so far refused. Instead, they have proposed annual talks on quotas for catches.

Britain is eager to keep its deep business ties to the EU single market, the world's biggest - but it will not recognise any mention of EU law or court decisions in the deal, which it sees that as a violation of its sovereignty.

Mr Johnson's government also refuses to discuss many topics beyond trade that the Europeans would like to have bound to the same deal.

Security, diplomacy, research, and data flows are for now sidestepped by the British side, to the great frustration of Mr Barnier and his teams.

Opinions diverge on how soon a deal needs to be struck in order to give companies the visibility they need on the terms of cross-Channel trade from 1 January  2021.

Mr Barnier has said the deal needs to be done by 31 October to leave enough time to be ratified by member states and the European Parliament.

British officials believe a deal is needed sooner, and Mr Barnier and Mr Frost have both committed to participate actively in all aspects of the talks throughout the summer, to get a deal.

Failure to agree one will effectively remove Britain from Europe's supply chain due to tariffs, customs and regulatory checks and other obstacles to business, such as professional licensing.

On Friday, the UK said that whatever the outcome of the talks, British customs officers would not be ready to deal with new rules at their ports or borders on 1 January.

UK border checks will, therefore, be applied with a "light-touch" for the first months after the new year as Britain readies itself for post-Brexit trade ties.