There have been calls for the Office of Public Works to review its decision to close access to Sceilg Mhichíl (Skellig Michael) for the year.

The OPW said the decision was based on fears about the transmission of coronavirus.

It said it conducted an assessment which concluded that it was not feasible to maintain visitor and staff safety on the island, and it must therefore remain closed.

The community of Portmagee in south Kerry say they have been left devastated by the decision.

Boat trips to Sceilg Mhichíl are estimated to be worth up to €8m per year to the south Kerry economy.

The island was used by the cast and crew of the Star Wars movies to shoot scenes for two of the films, The Force Awakens and The Last Jedi, and this has hugely increased the popularity of trips to Sceilg Mhichíl.

There are 15 boats licensed to land visitors on Sceilg Mhichíl.

A number of other boats offer cruises around the island, but the trip to the island offering visitors the opportunity to climb the steps to the 6th Century monastic site at the top, 200 metres above sea level, is obviously more popular and people book weeks and often months in advance. 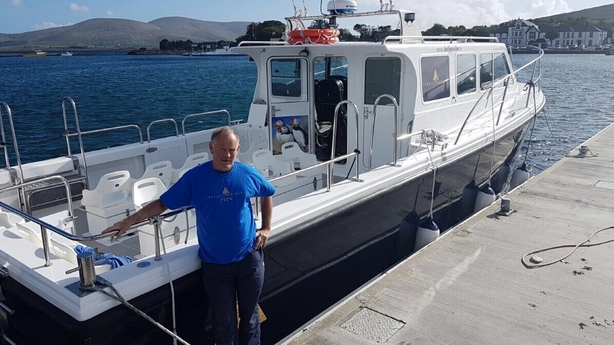 Fionan Murphy is a boat builder from Valentia Island in south Kerry. In 2017, he built the 38ft Skellig Walker and won one of the 15 licences offered by the OPW to ferry and land visitors to Sceilg Mhichíl.

He says local people accept the OPW's decision to close Sceilg Mhichíl this year, but many would like if it could be reviewed if circumstances improve.

Mr Murphy says the repercussions of the OPW decision will be felt throughout south Kerry.

"The boats are only one part of the Skellig story," he says. "It's the ancillaries: the hospitality, the bars, the restaurants, the businesses - they are the people who would be big losers in all of this, as well as the boats. The boats are one part of the picture, but there are far more people affected by this."

Thirteen of the 15 boats licensed to land visitors on Sceilg Mhichíl tie up in Portmagee and the impact of the closure will be felt most acutely in the village, which has a population of around 250 people.

Paul Devane is a boat operator from Portmagee. He has five boats, one of which is licensed to land visitors on Sceilg Mhichíl.

"This place should be buzzing today," said Mr Devane, as he surveyed a quiet Portmagee.

"There should be 300 people going in and out to the Skelligs here today. One hundred and eighty a day go onto the island, but you could have another 200 or 300 circling the island all day, so it's a spin-off to the shops and the bars. It's a massive loss to the B&Bs. They are hoping something will come mid-July."

Gerard and Patricia Kennedy's Bridge Bar, The Moorings restaurant and 17-bed guesthouse in Portmagee is one of the businesses directly affected. They have worked hard to build up the business over the past 32 years. They are currently waiting for it to be awarded hotel status, and they are doing their best to stay positive and prepare for whatever the season ahead brings.

"The Skelligs itself is worth €7.5m or €8m to the local economy - that's just to this area around here," says Gerard Kennedy. "There are so many businesses that depend on it for their livelihoods and to keep the place alive."

Patricia adds: "We are constantly being innovative and trying to bring new ideas to the business. We are hoping bookings will improve. We are hoping we will get some bit of the season out of it."

Anthony Keating has run the Fisherman's Bar and Skellig Restaurant with his wife Mary for almost two decades. During peak season, he would normally employ 17 people. This summer he is looking at employing four.

He questions the decision to close access to Sceilg Mhichíl for the year.

"You couldn't be in a safer place than on a boat," Anthony Keating contends. "I would rather be on a boat going to the Skelligs than on a plane going to anywhere. There is definitely no question, it is the safest place on a good, calm day - in Portmagee, heading out to Skellig Michael is the freshest and healthiest place you will be." 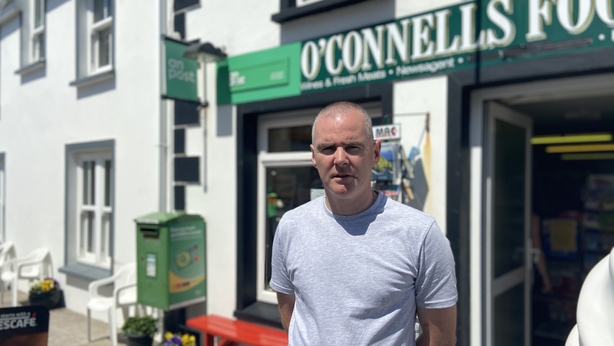 Mark Conway and his wife Emir run the post office and grocery shop in Portmagee. Mark is one of those who is calling on the Office of Public Works to review its decision.

"At the moment it's looking like there are no cases (of coronavirus) in Kerry for the last 14 days," Mark Conway says. "There is no reason why that won't continue for the next couple of weeks and you could get to July 1 where there is virtually no (new) cases in the country, so I don't see why it can't be opened. 90% of the people who will be here will be Irish. To me it is low-risk, if not no risk at all."

In a statement, the OPW said, due to concerns over the spread of coronavirus, it was not feasible to guarantee passenger safety on a mobile, constantly-moving platform like a boat, with multiple touch and clutch points.

The statement said the OPW believed prevention of transmission of coronavirus would be extremely difficult, while social distancing would also be difficult to maintain on the island, due to the narrow pathways and stairways.

The statement also pointed out the OPW's obligations to its guides and other staff on the island, and said they were required to live in close proximity to each other and share washing and toilet facilities.

The OPW said the decision had been taken "extremely reluctantly".

"We are acutely conscious of the value of Skellig Michael to so many, including as a tourism attraction to the immediate area and indeed the whole of south Kerry," the statement said.

Sceilg Mhichíl should have been opened to the public from 15 May, but a spokesman said that would not be happening.

An OPW spokesman confirmed to RTÉ News that there had been no change in that position. 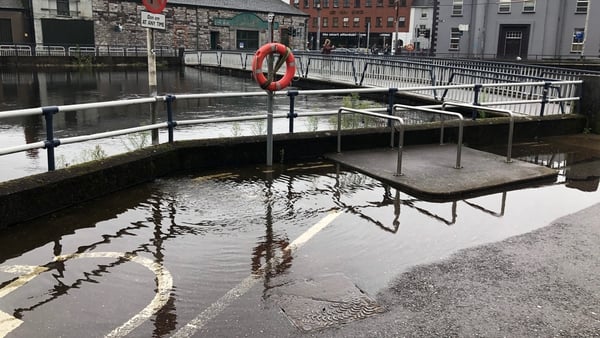