Boris Johnson's address to the UK on easing out of the lockdown has been criticised as confusing, incoherent and downright dangerous.

But is there a subtle method at play in the Prime Minster's communications strategy? Downing Street would certainly like people to think so.

Indeed the word subtle has figured a lot in statements from minsters over the past few days. Maybe they are right.

Maybe the strategy is to encourage debate and conversation among the wider society - to push down to individuals the responsibility for deciding themselves, whether or not to return to work.

The new slogan - for England at least - is "Stay Alert". What does it mean?

Nicola Sturgeon said she doesn't know what it means, and won't be using it in Scotland. Wales and Northern Ireland won’t be using it either.

A disunited kingdom? A communications disaster?

Not if you want people talking about the real meaning of the inflection point in the management of the disease and the economic damage it is doing that we have now arrived at.

Instead of a single set of detailed orders from high up, we have been served up some general principles, a vague timeline, and a slogan that means...pretty much whatever you want it to. And that may be its strong point.

In the management of the exit from the lockdown, nobody has a monopoly on wisdom. By using a frankly meaningless slogan to mobilise - or provoke - debate and discussion on what to do next, the government is forcing people to engage in the process.

By forcing them to think for themselves, they may be seeking "the wisdom of the crowd". Rather than trying to centrally control all aspects of the restart of the economy, the strategy may be to outsource the restart to...everyone! 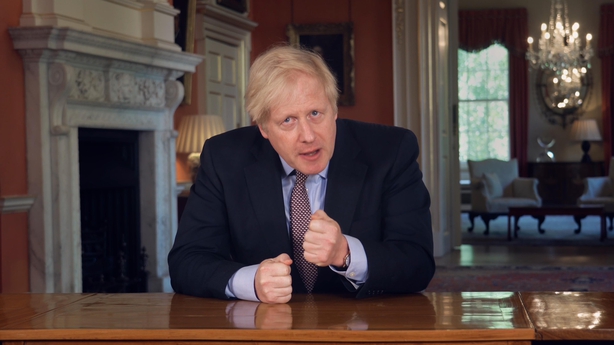 So the message seems to be, it's up to you to figure out a way to restart the business you work in. As long as you "Stay Alert" - and comply with the existing advice on social distancing, handwashing etc - then it's time to start cranking up the economy.

But there is still a pandemic to be managed, and a deadly one at that. And Britain is part of that group of European countries that have been hit very hard by the virus.

So the government is introducing a new measurement tool - the sliding scale from one to five - that will be the yardstick against which any unlocking measures will be tested.

If things are working out, and the scale is falling from its current level of four (five is the point at which the NHS is overwhelmed by the disease), and heading down towards level one, then more and more sections of the society and economy can have restrictions lifted.

But if the infection rate starts to rise again, Boris Johnson said he will not hesitate to "put on the brakes" again.

But the key link between the Covid Alert System and the outsourced activity by millions of people will be a system of mass virus testing with a rapid turnaround time.

This has been a weak point in the British system (as it has been in other countries too). There has been a build up of capacity over the past few weeks, but it's not enough even for the existing strategy. Moving into the new "Stay Alert" period will require what Boris Johnson called a "world beating system for testing potential victims, and for tracing their contacts. So that - all told - we are testing literally hundreds of thousands of people every day."

And that is not going to happen quickly. So the unlocking will be the work of months, not days. At least that's what Boris Johnson hopes.

The problem with outsourcing the planning and execution of a massive and complex exercise like this is that groups could step out of the safe boundaries, and cause an upsurge in infections and deaths.

But the benefit of the hive mind approach is that it can move in ways that are quicker and more nimble than central government.

Balancing the downside and the benefits of this approach is the work of the government. With less to concentrate on, they should be able to concentrate on the essentials - notably containing the spread of the virus and ensuring the health system has the capacity to deal with it.

It's tools are testing and the Alert System.

If they fail, the risk of policy breakdown - and the loss of life that will entail - is very real. 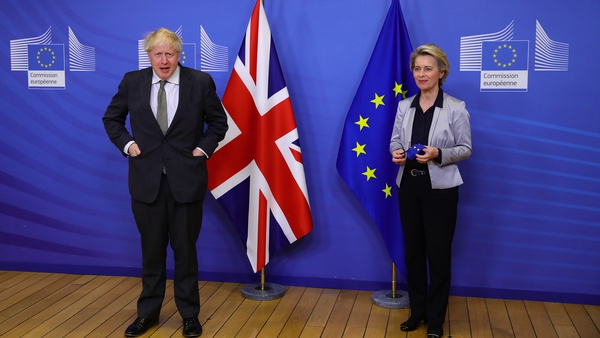