The Standing Committee of the ASTI teachers' union is meeting this evening for an emergency briefing following discussions today about the Leaving Certificate exams.

The leadership of the TUI is also meeting this evening for a scheduled gathering.

For the first time today, alternatives to holding the exams were placed "on the table" in discussions between the Minister for Education and State officials and student, teacher and other education representatives.

Ciara Fanning of the Irish second level students' union welcomed the fact that alternatives were being looked at.

"We started out discussing how to have exams as close as possible to normal," she told RTÉ News.

"Now there's a clear realisation that normal is not going to be possible."

In relation to what was being discussed, she said the group was "looking at all kinds of assessment. It's not solely predicted grades".

Referring to existing plans to hold the exams, she said: "We are not solely focused now on 29 July."

She said the student's viewpoint was being listened to, which was "positive", she said.

The latest in a series of meetings to discuss the Leaving Certificate ended earlier with plans for further discussion in the coming days.

Minister for Education Joe McHugh and officials from his department met student, teacher, parent and other education representatives.

It is understood discussion at the meeting centred on a range of options, including holding the exams starting on 29 July which is the current plan.

The meeting also discussed other models of assessment, including predicted grades.

In a statement issued after the meeting, Mr McHugh thanked participants "for their ongoing engagement and support".

He said the discussions would "assist in making decisions regarding arrangements for the Leaving Certificate that have students' best interests at heart and that are guided at all times by the public health advice".

After the meeting, Ms Fanning described the discussion as good and constructive.

"We are not solely focused now on July 29th", she told RTÉ News. "We are looking at all kinds of assessment, it's not solely predicted grades."

Ms Fanning said there was now a realisation that a "normal" Leaving Cert was not going to be possible.

She said that the discussions were "a very delicate process".

Today's meeting followed a weekend of intensified political pressure after Fianna Fáil became the latest party to call for cancellation of the exams.

Members of the advisory group were expected to give their views on what was described as a "sobering" overview given by the State Examinations Commission at the previous meeting of the logistics of holding the exams.

Since the Taoiseach’s Friday road map address, pressure from students, parents and politicians for more information has strongly intensified.

Over the weekend, Fianna Fáil, Sinn Féin, and Solidarity/People Before Profit all criticised Leo Varadkar’s failure to include mention of the Leaving Certificate in his address.

Fianna Fáil joined other political parties in calling for cancellation of the exams.

Labour criticised what it called "kneejerk reactions" that did not outline an alternative to holding the exams.

Yesterday, the National Parent’s Council Post Primary, which is part of the advisory group, broke rank and called for "clarity and prompt action" and information on alternatives to the exams.

It is understood that discussions are painstaking and complex, and participants have been asked to maintain confidentiality.

A definitive outcome or final decision was not expected from today's meeting, nor was the minister expected to give definitive information on any alternative plans.

However, those in attendance at today's socially-distanced meeting were all too aware of the intense pressure to provide more clarity and certainty to more than 60,000 Leaving Certificate students and their families.

Meanwhile, Paul Rolston of the Parents Council Post Primary has said it is very clear that it is not feasible for the Leaving Cert to go ahead as proposed and 29 July is too late for exams to begin.

Speaking on RTÉ's Today with Sean O'Rourke, he said that the parents council wants an absolute commitment to considering other options to the exam.

Mr Rolston said a number of options are on the table, including a matriculation-style system, and these need to be explored quickly because stress among students is building.

He said there is huge dissatisfaction among students and parents with the current proposals.

He said that traditional testing should be abandoned and a system of predictive grading used instead.

If, he said, we go with the Leaving Cert in August, it will disrupt the start of the school year and have knock on effects for this year's fifth years.

He said we have "all this information"; the Department of Education has information and a combination of the Junior Cert results and the mock exams could help determine a predictive grade.

If hundreds more students got into college as a result "then good luck to them", he said, adding that it could be the break of a lifetime for them and, if they cannot keep up with the course, they will be found out.

He added that there should be a fall back position, where repeat exams can be held in August for those who would prefer to sit the exams or who felt they did not reach their full potential through predictive grading.

Sharon McGrath, Principal of Fingal Community School, said the Department of Education is in an unenviable position.

She said that cancelling the Leaving Cert does not bring certainty and a viable Plan B needs to be on the table, before exams are cancelled.

Ms McGrath asked how to best serve students who are genuinely suffering anxiety as a result of the ongoing situation.

For this year, she said, the Central Applications Office could use this information and decide how students are allocated to the university or college place that they have applied for.

Diane O'Neill, whose daughter is due to sit the Leaving Cert, said her daughter wants to do her exam but this drawn-out process is making her doubt her belief in herself and her ability to sit the exams.

She said she believes a move towards predictive tests of some kind with some sort of exam would be the preferred path. 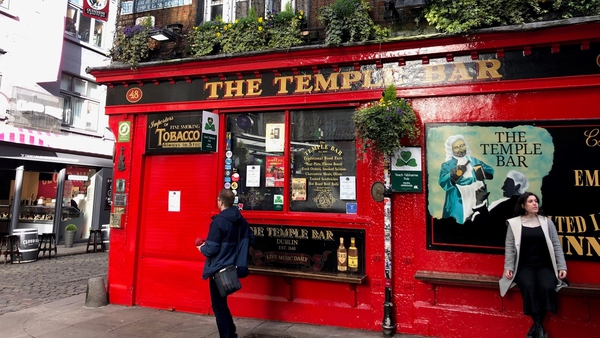 Call for tourism task force to deal with coronavirus fallout