"I was sobbing hysterically. The rug had literally been pulled out from under my feet. I was falling and I didn't know where I was going to land. It's a terrifying situation."

That's young journalist Rebecca Laffan describing the sense of shock and helplessness she felt when she lost her job at the Limerick Leader newspaper last month.

The Covid-19 pandemic has thrown the media industry into crisis. Ms Laffan is just one of hundreds of journalists to lose their jobs around the world. Others will suffer a similar fate.

Some news organisations will not survive this crisis.

The sudden sharp shock to the global economy led to an immediate collapse in advertising revenue that most news organisations are dependent on to stay in business.

As well as job losses, journalists have had their pay cuts or been temporarily laid off, while some publications have already ceased publication.

Media reporter for the Washington Post Paul Farhi told RTÉ’s This Week: "With so many advertisers shut down and not actually doing business there is not much reason for them to advertise. We in the media are feeling the effects of that."

He pointed out that the US newspaper market is about half the size it was a decade ago. 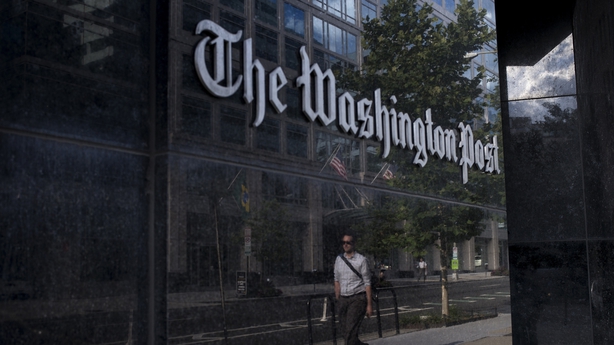 "Throw this on top where there is a full stop in the economy and it's devastating. A lot of newspaper publishers that were just really hanging on, are trying to figure out how they are going to keep their heads above water."

Head of journalism at TU Dublin Kate Shanahan already believes that Covid-19 is a game-changer for the media industry that has been hit by "the perfect storm".

The industry was already in crisis and the coronavirus has brought things to a head.

Ms Shanahan cites declining sales in print and a failure to pivot quickly enough to subscription and payment models as a huge problem.

That was compounded by a decline in advertising revenues and "it was also being cannibalised by the tech giants in terms of online advertising".

"In Ireland alone, I think they account for 81% of online advertising revenue. That gives you an idea of the scale and the scope of the challenges that were already facing media in this country.

"In the UK, they are predicting that one-third of frontline journalists will lose their jobs over the coming six to nine months."

The dramatic collapse in advertising is the most concerning aspect of this crisis.

Even though there are more eyes watching and ears listening to the Covid-19 story, a lot of advertisers did not want adverts for their brands placed beside such a negative story about a pandemic.

Domestically and globally, local news media outlets are experiencing the most acute effects of the current crisis and collapse in revenues.

"The difficulty is that their revenue declines even quicker because of their dependence on local smaller advertisers. Their revenue has gone down by around 70%."

She said local newspapers in Ireland have tried to change their offerings by enhancing their online presence.

In recent weeks local papers have written obituaries and tributes to people who have died from Covid-19 in communities where the locals have been unable to attend funerals.

"They are delivering a huge community service as well as a good news service. The problem is that when a crisis like this happens they are like the canary in the coalmines. Right across Europe and the US they were the first to fold."

Jeremy Littau is Associate Professor of Journalism and Communications at Lehigh University in Pennsylvania.

He predicts that some of the "legacy players" in print and television are in major trouble as they are in a race against time to figure out how they can successfully move online.

Professor Littau believes the loss of advertising revenue due to Covid-19 spells an unwinnable war for some local media outlets.

He said: "In the United States and Europe we are facing a real crisis of local news. A lot of places could lose their only local news source. Publications that were already on the brink of closure could fold up and close as a result of this. We really are looking at a possible apocalypse moment for a lot of them."

Professor Littau has noticed one positive indicator for the media industry during this crisis – the spike in online subscriptions to some publications.

He said: "In Europe for example there is about 145% growth in subscriptions for online since January. The United States has had 100% growth."

Subscriptions are expected to decrease post-Covid 19.

However, Professor Littau believes the overall increase in subscriptions could accelerate print media companies shifting towards an online delivery format. This could offer them long term sustainability.

Digital media has not been immune from this crisis either.

Domestically, The Journal Media group has put out a call for contributions from readers in recent days.

Ms Shanahan believes the Covid-19 crisis is so big that it could even see technology giants such as Facebook and Twitter reassess their business models.

She explained: "Right now they are not in crisis mode. They are in anxiety mode. They are handing out little grants here and there to traditional media, but they are dependent in part in their model for the news that we exchange with each other.

"They are not creating that news. They are dependent on that coming from traditional outlets. If the market becomes more disparate they are not necessarily going to be able to say they are the one-stop shop for news."

Record numbers of people have been consuming RTÉ News content throughout this crisis. 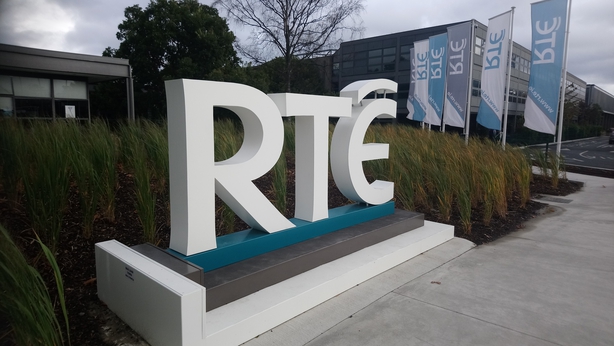 For example, 1.3 million people watched the Nine News on St Patrick's night when Taoiseach Leo Varadkar addressed the nation. RTÉ's online audience has also rocketed with a 200% increase in the consumption of news stories in March.

Like most other Irish media organisations, RTÉ was in a precarious financial position before this crisis and the future outlook for the broadcaster is uncertain.

"It’s kind of ironic that RTÉ is doing such a fantastic job at the moment at a time when it is under threat and its survival as a public service broadcaster has been cast in doubt," said Ms Shanahan.

"The Government wasn’t very sympathetic towards its viewpoint at the time.

"And one thing I would hope, as a strong supporter of public service broadcasting, is that the work being done by RTÉ right now, in the face of a global misinformation crisis will prove that a long term investment in RTÉ by government is strategic in terms of democracy."

Mr Farhi pointed out that publications like his employer, and others such as The New York Times and The Wall Street Journal, have millions of digital subscribers and this acts as a cushion in the current crisis.

He also recognises there are very few newspapers in America, or anywhere else, that have such a large subscriber base. So what will the media landscape look like after Covid-19?

Mr Farhi said: "It’s hard to know exactly what it is going to look like after this. We are only two or three weeks into this and we are already seeing some papers starting to fail.

"The ability of others to keep going is also in doubt. It is especially in doubt because this could go on for weeks or for months. We don’t know the answer to that. It will be very difficult for some media organisations to keep going in the face of this."