New tenants who secured their homes online started moving into a new build-to-rent development in Clongriffin in north Dublin today.

The first 117 tenants did not physically see their new homes before moving in as the rental agreement had already been completed.

The One Three North development, which will have a total of 376 rental units, is being managed by Vesta and was built by its sister company Twinlite with funding from British investors.

It has a free gym, cinema and soundproof party room for tenants who also benefit from free high speed wifi, co-working facilities and an A-energy rating. 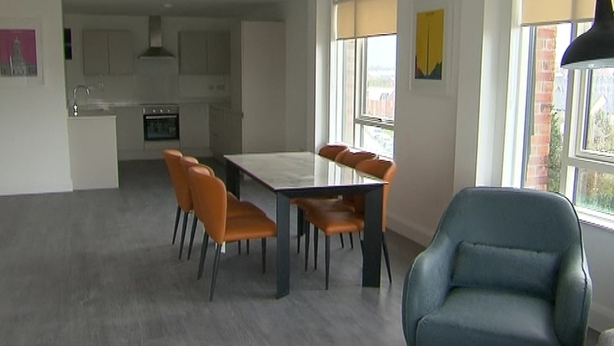 Most of the new tenants are understood to be from abroad, but some are on the Housing Assistance Payment scheme.

Rick Larkin, executive director of Vesta, said the site had been lying undeveloped for four years, despite having planning permission, as it was uneconomical to build and sell individual apartments.

He said the current sales price for suburban property does not cover the construction costs for builders.

But he said build-to-rent was an attractive long-term option for investment funds. Richard Maynes from London, who has come to Dublin to take up a new job, was moving in today and said he had been attracted by the "community feel" of the scheme, as well as being impressed by the size and spec of the apartments.

He said he was used to booking apartments online in London.

Lecturer in Housing at DIT Lorcan Sirr said schemes such as these mark an evolution in the Irish rental market, but do not address the question of affordability for the vast majority of people who are renting.

He said the high cost of rent was the result of government policy and was driving people further out into the commuter belt.