A week-long operation by a West Cork towing company to bring a Dutch cargo vessel to safety has come to an end today.

Atlantic Towage responded to a call last Friday about the "Onego Rio" cargo ship that broke down in the mid-Atlantic ocean, around 600 nautical miles off the west coast.

The marine recovery company is based in Bere Island in West Cork and deployed its Ocean Challenger tug vessel.

The 143-meter vessel, which is registered in the Netherlands, had 12 crew on board.

The Onego Rio arrived to Bantry Bay in West Cork this afternoon, where it is now anchored as it awaits repairs.

It is understood the Irish Coastguard monitored the situation until its successful completion. 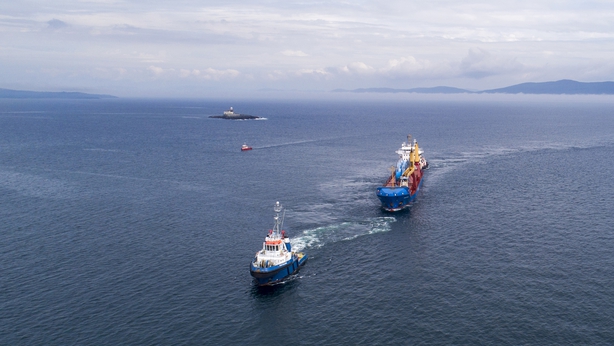