Members of Extinction Rebellion Ireland glued themselves to the doors of the Department of Communications, Climate Action and Environment to highlight what they say is "the Government blocking the Climate Emergency Measures Bill."

The bill seeks to ban oil and gas exploration in Irish waters.

The bill was due to proceed to committee stage last month but the Government said it needed a 'money message', which would require Government support in order for it to pass. 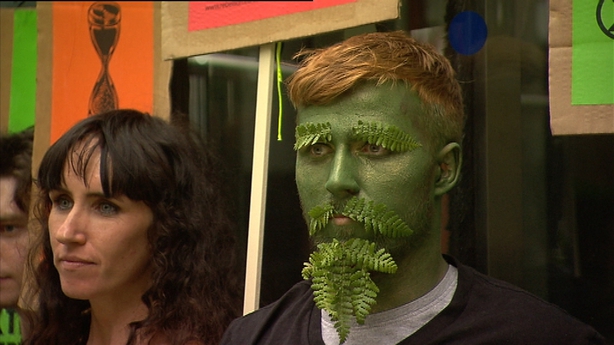 Last week, Government ministers approved submitting a "reasoned response" to People Before Profit TD Bríd Smith, who tabled the bill, to explain why the Government is using a money message to block the bill.

Paul McCormack-Cooney, who is taking part in the protest said: "Science is telling us that we have 12 years left to turn the ship around and that it will only work if we start immediately."

Earlier this year Ireland became the second country in the world to declare a climate and biodiversity emergency.

Members of the Extinction Rebellion group are staging a protest outside the Department of Communications, Climate Action and Environment over the Climate Emergency Measures Bill pic.twitter.com/93HueZXKlI

A spokesperson for the group confirmed the protest ended shortly before 9pm and that they had, "left no trace at the site".

He added a message was written in chalk at the building reading, "to be continued".