The number of alcohol treatment cases has decreased by 17% in recent years, according to the latest statistics from the Health Research Board (HRB).

However, the number of new cases classified as "alcohol dependent", which would involve withdrawal symptoms, increased from 50% of new cases in 2011 to 68% in 2017.

"This means that more people are presenting when the problem is already severe which makes treatment more complex and recovery more difficult," according to Dr Suzi Lyons of the HRB.

Nearly one in five cases had a problem with more than one drug. Cannabis is the most common additional drug used although the number of cases has dropped by 15%.

Cocaine is the second most common and its use has increased by 45%.

The latest report found that the numbers seeking treatment who are homeless has increased by nearly a quarter in the same period and make up 8.4% of cases.

There were a total of 55,675 cases with the average age increasing from 36 to 40 years. The majority of cases - just under 65% - were male, which is a proportion that has remained similar to previous years. 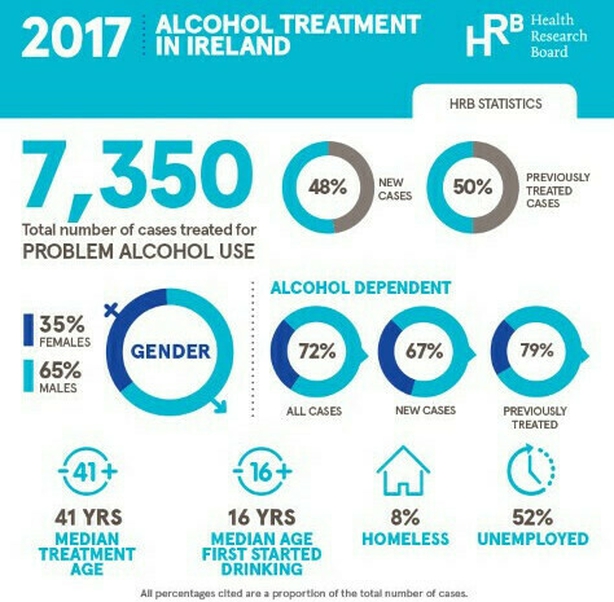