The risk of Britain crashing out of the European Union on March 29 without a deal to ease Brexit has increased this month, the deputy head of the European Commission said today.

Asked during a conference in Brussels if Britain would leave on the date scheduled, First Vice President Frans Timmermans said his fear in the last couple of weeks had increased that "they might crash out even if they don't want to".

"The risk of leaving without a deal has increased," he added.

Mr Timmermans compared efforts by some British politicians to try to prevent British Prime Minister Theresa May taking Britain out of the EU without a deal to the apocryphal tale of England's Danish King Canute, who ordered the tide to stop but failed.

Unless Britons can rally behind an alternative, Brexit is the default, he said.

He said the EU was willing to be flexible in amending the deal Mrs May agreed in November to get it ratified, but he urged pro-Brexit MPs to end the "pipe dream" of avoiding a hard border in Ireland while pursuing different EU and UK economic rules.

Mr Timmermans stressed that the EU would not "throw Ireland under the bus" in defending the interests of a fellow EU member.

Earlier, President of the European Commission Jean-Claude Juncker said he was "not very optimistic" about Britain's chances of leaving the EU with a deal, also warning that any failure to agree an orderly Brexit deal will be economically costly.

"If no deal were to happen, and I cannot exclude this, this would have terrible economic and social consequences in Britain and on the continent," he said.

"So my efforts are oriented in a way that the worst can be avoided. But I am not very optimistic when it comes to this issue." 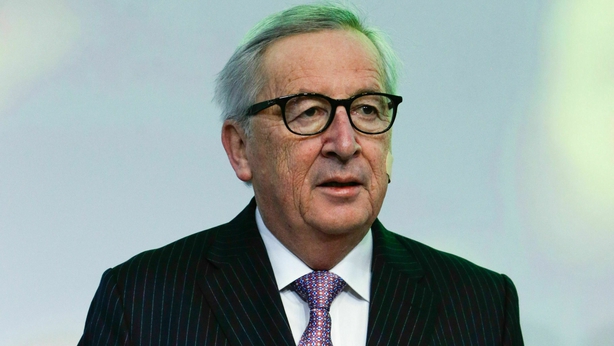 "Because in the British parliament every time they are voting, there is a majority against something, there is no majority in favour of something," he told a plenary session of the European Economic and Social Committee (EESC).

It follows last night’s meeting between Mrs May and Mr Juncker.

In a joint statement after the meeting, Mrs May and Mr Juncker said they had discussed which guarantees might be given on the backstop that would provide appropriate legal assurances to both sides.

Mrs May has repeatedly demanded legally-binding changes to the backstop. Both the EU and Irish Government have said the Withdrawal Agreement cannot be reopened.

While the meeting between Mrs May and Mr Juncker on 7 February was described as "robust", last night’s encounter was called "constructive".

The joint statement touched on the sensitive areas, but it was non-committal.

It said both sides discussed which guarantees could be given that underlined once again the backstop's temporary nature.

The use of the words "once again" signals that the EU feels it has already repeatedly spelled out that the backstop is temporary, unless and until something replaces it that avoids a hard border. 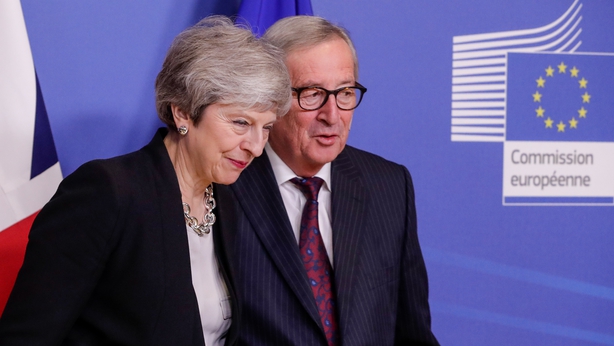 The statement also refers back to the joint letter between Mr Juncker and Donald Tusk, the president of the European Council, which again reassured the UK that all sides were committed to finding a replacement to the backstop.

Alternative arrangements could replace the backstop - but only in the future. Mr Barnier and Mr Barclay, the statement said, would consider how those arrangements might be assessed.

But again, the Withdrawal Agreement already provides for a review of if and how alternative arrangements, such as technology or the free trade deal, might supersede the backstop.

The statement also said there could be additions or changes to the Political Declaration on the future relationship. Again, this is restating an existing EU offer.

The two will talk again next week, but it is unlikely that what is on offer here will appease the hardliners.

Meanwhile, the Maltese Minister for Foreign Affairs has said Malta supports Ireland's position on trying to seek agreement on the backstop as part of Brexit negotiations.

Speaking on RTÉ’s Morning Ireland, Carmelo Abela said that Malta was aware of the importance of the backstop for security as well as economic reasons.