Rescuers are searching for around 300 people after a dam collapse at a mine in southeast Brazil left at least 34 dead.

The local governor has said the "odds are minimal" that the missing people would be found alive.

Seven bodies were recovered hours after the disaster, but the official death toll has risen to 34 this evening, with "nearly 300 people missing," firefighters said.

The collapse saw a torrent of mud break through the disused dam at the iron-ore mine owned by Vale SA close to the city of Belo Horizonte, in the state of Minas Gerias, yesterday.

The mine is owned by Vale, a Brazilian mining giant that was involved in a previous mine collapse in 2015 in the same state that claimed 19 lives, and is regarded as the country's worst-ever environmental disaster.

Up to 150 of those missing worked in the company's administrative offices which were closest to the dam break, the firefighters said.

Romeu Zema, the governor of Minas Gerais, told reporters that while all was being done to find survivors, "from now, the odds are minimal and it is most likely we will recover only bodies".

His regional administration said 427 people had been working at the Vale mine at the time of the dam collapse, and 279 were recovered alive. The others were listed as missing. 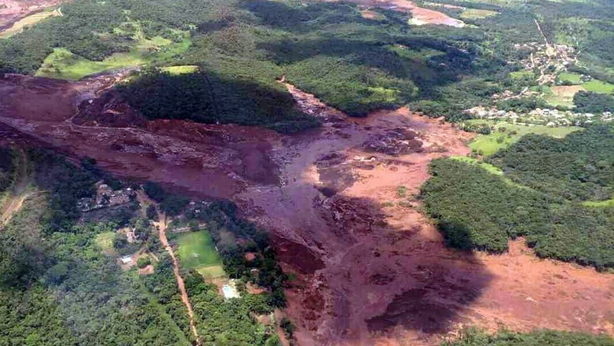 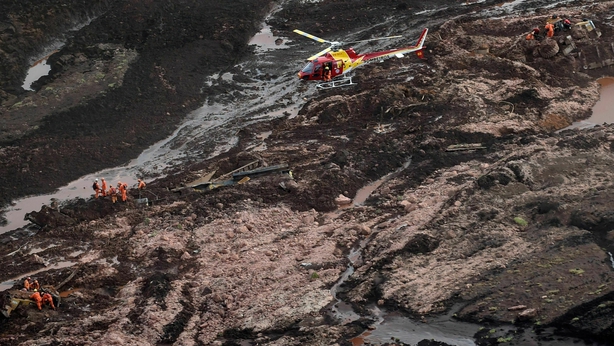 The massive, muddy flow from the collapse barreled towards the nearby town of Brumadinho, which has a population of 39,000, but did not hit it directly.

Instead, it carved its way across roads, vegetation and farmland, taking down a bridge, and damaging or destroying homes.

Television images showed people being pulled out of waist-high mud into rescue helicopters, dozens of which were in use by late yesterday because of the cut-off land access.

Brazil's new government led by President Jair Bolsonaro reacted to its first big emergency since taking office early this month by launching disaster coordination between the defense, mining and environment ministries and authorities in the affected state of Minas Gerais.

Mr Bolsonaro and his defense minister were scheduled to fly over the zone today. His environment minister raced to the area late yesterday. 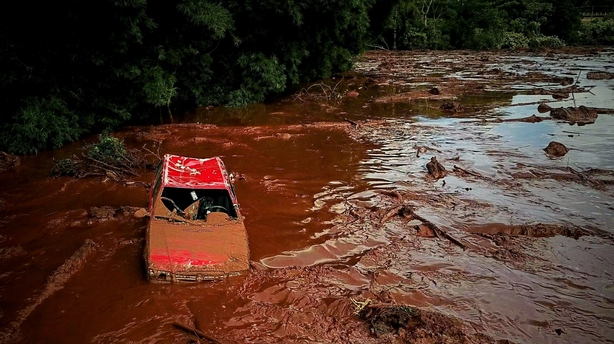 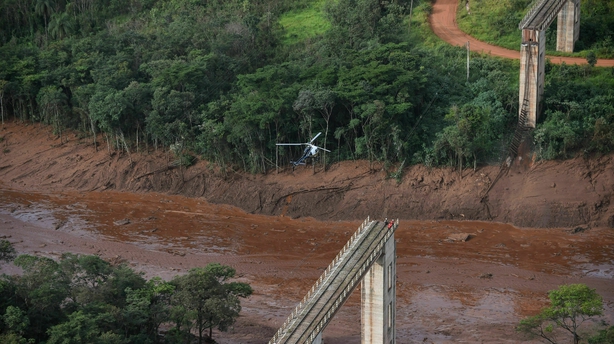 Officials said they were working through the night, conscious of the precious hours ticking away.

Around 100 fire fighters were deployed, some using earth-moving machinery to dig down to engulfed dwellings.

Would-be rescue volunteers were warned away because of the slippery, perilous piles of mud. Media were urged not to use drones to avoid collisions with the helicopters.

Vale CEO Fabio Schvartsman called the incident a "human tragedy" and was resigned to more deaths being confirmed at his company's mine.

"We're talking about probably a large number of victims -- we don't know how many but we know it will be a high number," he told a media conference in Rio de Janeiro.