Opposition parties have called on the Government to ensure the border question is not pushed aside in complex Brexit negotiations.

Sinn Féin's Deputy Leader Pearse Doherty has said the British government needs to be given a new deadline by Brussels in which all Brexit issues relating to the Irish border have to be concluded.

He called on the Irish Government to ensure that the border question is not "rolled into" the October Council meeting of EU leaders, when the UK Withdrawal Agreement is due to be finalised.

Speaking on The Week in Politics, he said: "I think we need to be demanding that the Irish question is dealt with, and not left until October."

He warned negotiations were on "a trajectory" to the worst case scenario in which "the Irish question is left to the last minute" and, he urged, these issues "need to be separated".

Also speaking on The Week in Politics Fianna Fáil's Finance Spokesman Michael McGrath said "the stakes could not be higher", and he claimed the Irish backstop agreed last December had been "over-sold" by the Irish Government.

He said: "We don't want that [border issue] to be caught-up in complex negotiations that go right down to the wire, where absolutely everything is at stake for us."

Meanwhile, Minister for Finance Paschal Donohoe has said he will have "a far clearer idea" of the effect of a potential hard Brexit on the country's finances in September.

Speaking on the same programme Mr Donohoe said he will be in a position to outline the impact on the economy in September, if a deal is not reached. 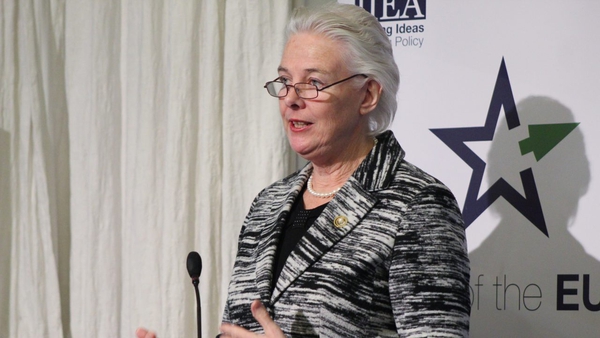