A Dublin man who went on a cocaine-fuelled driving rampage armed with a sub-machine gun has been jailed for nine years.

38-year-old Joseph Rafferty seized multiple cars from their owners at gunpoint and led gardaí on a dangerous high-speed chase because he believed his wife was having an affair.

Rafferty began driving armed with a 9mm sub-machine gun and ammunition at 6am on the morning of 23 October last.

He first took his wife's car in Tallaght but crashed it into a van and forced the driver at gunpoint to drive him 2km before taking the van.

He then smashed his way into a house, hit the homeowner on the head with the gun and took the car keys. The man's daughter and grandchild had to lock themselves into a bedroom.

Later that day he stole a Volvo from a motor dealer on the Naas Road at gunpoint, ten minutes later he stole a Subaru from another dealer and then stole a Mercedes at gunpoint at The Square shopping centre in Tallaght.

He was pursued by gardaí and crashed at the CityWest shopping centre. 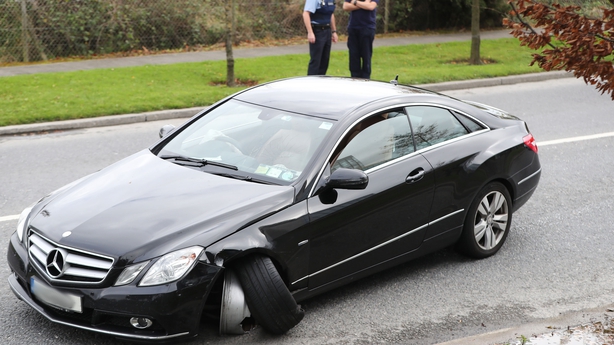 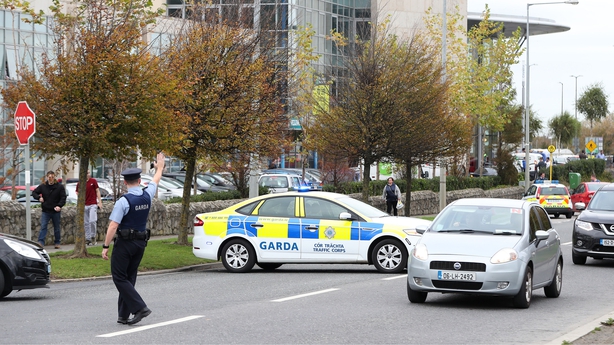 He ran into the centre but was arrested when he was coming out of the building among shoppers.

Chief Supt Sutton said 50 gardaí pursued Rafferty over the eight hours and agreed he was "delusional" with cocaine and thought his wife was having an affair.

Judge Martin Nolan said the headline sentence in this case would have been 14 years, but he was reducing this to nine years taking into consideration Rafferty's guilty pleas and remorse. The father of four has 34 previous convictions.