A couple has sued Beaumont Hospital in Dublin over a failed living donor kidney transplant between a wife and her husband.

Denise Ryan, from Ballypatrick, Clonmel, Co Tipperary, donated a kidney to her husband Pat in 2014.

The transplant failed but days later Mr Ryan had a successful transplant from a deceased donor.

Mrs Ryan claims she suffered post traumatic stress disorder because she expected her kidney to live on in her husband.

Instead, it was a "huge blow" that he has another person's kidney inside him and she is without a second kidney.

Mr Ryan told the High Court he was very grateful for the second transplant but his wife was "devastated".

"It was a huge blow to her I had another person's kidney in me", he said.

The couple have sued Beaumont Hospital Board over their care when Mrs Ryan's kidney was removed and placed in her husband during a transplant operation at the hospital on 20 January 2014.

It is claimed Mr Ryan was provided with an organ which was not effective and underwent mental distress and an alleged unnecessary and failed operation.

On Mrs Ryan's behalf, it is claimed, following the operation, she was advised the transplant did not go well and an alleged mismatch in size of the kidney was at issue.

It is claimed she became depressed and suffered grief for the loss of an organ.

The hospital denies the claims and denies any negligence in relation to the procedure. 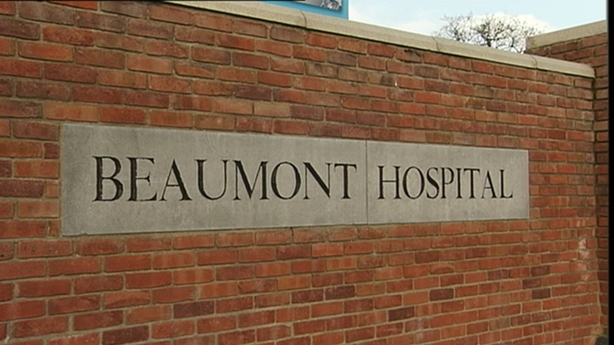 Opening the case, senior counsel Jeremy Maher said Mr Ryan had kidney problems, had been on dialysis and was on the transplant waiting list for 22 months.

Mrs Ryan was a suitable match.

He said a living donation is a routine procedure but one of the disadvantages is the loss of the kidney for a donor and the effects of failure if the transplant is not a success.

"Transplant failure can leave the donor suffering psychological injury. It has happened in this case with devastating consequences for the Ryans", he said.

Mrs Ryan's left kidney was put in her husband's right side and when she woke up after the operation, she was told there had been difficulties and that came "as a complete shock and caused immediate anxiety", counsel said.

"Denise felt a part of her died. She was concerned her husband was going to die.

She felt she had let him down. She thought her kidney was going to live on in her husband".

Four years on, the couple remain at a loss to know exactly why the first transplant failed, Mr Maher said.

It was their case it should not have failed as there were no contra-indications.

Counsel said Mr Ryan underwent two unnecessary procedures and the case will examine the positioning of the kidney in him.

In evidence, Mr Ryan said, when he woke up after the first transplant from his wife, he was told the kidney was "anything but good to go" and the team had spent two hours and did their best.

"I did not think it was good news".

His wife was devastated and upset but, after the second transplant, he felt good and described the feeling like "a foal racing away in a field".

While his wife felt she had failed, he felt she "got the ball rolling".

He never got an explanation after the failed transplant, there was a meeting, and they were told it could be a number of things, he said.

The case continues before Mr Justice Kevin Cross on Tuesday.