TDs who want to retain the Eighth Amendment have said they fear how a future Dáil might legislate for abortion if the Government proposal to remove the constitutional ban on it is passed.

But the Minister for Health Simon Harris has said a new legal framework is needed to deal with the reality of Irish women having abortions.

Speaking on RTÉ’s The Week in Politics, Independent TD Michael Fitzmaurice said that it would remove something from the Constitution and it would be the last time that the people would have a say on the issue.

Fianna Fáil TD Mary Butler said the Government's proposed legislation on abortion would be less restrictive than that which was introduced in the UK in 1967, where two doctors would have to give an opinion on the mental health of a woman.

Mr Harris said there is already abortion in Ireland and what is proposed would create a framework which would allow doctors and women to make decisions.

He said there can be no change to the laws on abortion without removing the Eighth Amendment.

Minister for Health says there can be no change to the laws on abortion without removing the Eighth Amendment #twip @rtenews pic.twitter.com/5CrBeDeFoA

Solidarity Party TD Ruth Coppinger asked the minister if he could give an assurance that the referendum would be held before the end of May.

She said this was necessary as there were many young people, including students, who have registered to vote so they could have their say on the issue and they might miss that opportunity if the poll was held later in the summer. 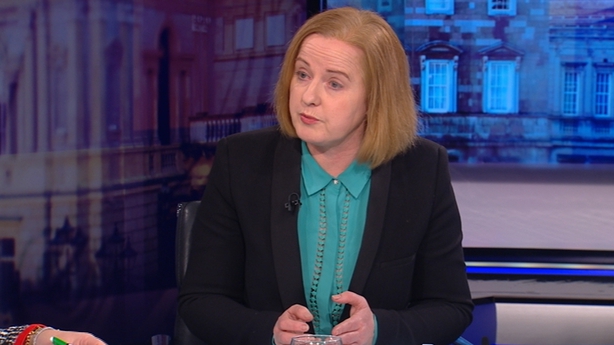 Speaking after the programme, Mr Harris said Tánaiste Simon Coveney has every right to pick through the issue on the proposed repeal of the Eighth Amendment and to make his views known.

Responding to a question on Mr Coveney's remarks earlier this week that he has problems with some aspects of the legislation proposed to replace the current laws, Mr Harris said the Tánaiste has said that he supports the proposal to hold a referendum on the issue and supports the repeal of the constitutional ban on abortion.

Mr Harris said it is a deeply personal and sensitive issue and Fine Gael and other parties are allowing a free vote on this and it is no surprise that there are different views within Fine Gael as there are in families across Ireland and in other political parties.

He also said he thinks the timetable to hold a referendum in May is ambitious but doable and he is hoping that all TDs and Senators will facilitate the Irish people having their say on the matter and he said it is important that they have their say "in the month of May before we get into exams and holidays and the like".

Meanwhile, the Fianna Fáil leader has said there is an onus on Government to be clear that the legislation in relation to the Eighth Amendment will reflect the recommendations of the Oireachtas Committee.

Speaking on RTÉ's This Week programme, Micheál Martin said the legislation should be published in advance of the public making its decision in a referendum.

He called on Oireachtas members who are suggesting an alternative to the committee's recommendations to formulate it. 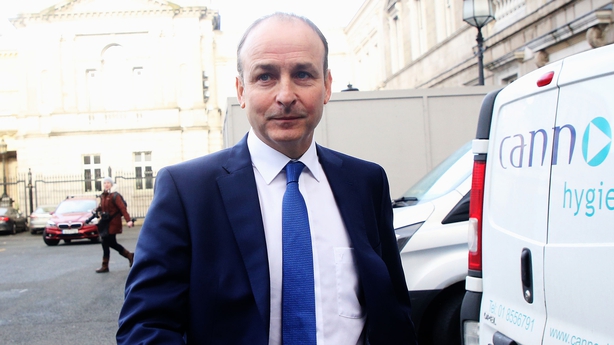 Mr Martin also said that a freedom of conscience and a free vote applies to Fianna Fáil members throughout the legislative process.

In relation to the confidence and supply arrangement with Fine Gael, he said there are no guarantees or certainties for the Government or for Fianna Fáil's support of it.

He said his party has the right to hold the Government to account but does not intend to "go pulling the rug" from under it at every opportunity.

Mr Martin also said that Fianna Fáil wants to see a second budget implemented, as per the agreement, which includes delivery on housing and health.