Housing Minister Eoghan Murphy has said that neither resources, nor money, nor ideology will stand in the way of finding solutions to the homeless current crisis.

Minister Murphy was commenting following the death of a woman in her 30s who had become homeless - the third such death this week.

Gardaí in Cork are investigating the death of the woman who had been sleeping in a tent in a park in the city.

A post-mortem examination has been conducted but it may be sometime before a cause of death is established.

Samples have been sent for toxicology tests to be carried out. The results of those tests will not be known for several weeks.

Gardaí said they are not treating her death as suspicious.

They will compile a file for the coroner’s court and an inquest into the death may be held later.

It is understood the woman had been living in an apartment in the city until she recently became homeless.

The alarm was raised at 2am yesterday when emergency services were called to Gilabbey Park on the south side of the city, where the woman had been sleeping in a tent.

The alarm was raised by a man with whom she had been sharing the tent.

Gardaí and an ambulance crew attended the scene.

The woman's body was taken to Cork University Hospital where she was pronounced dead. 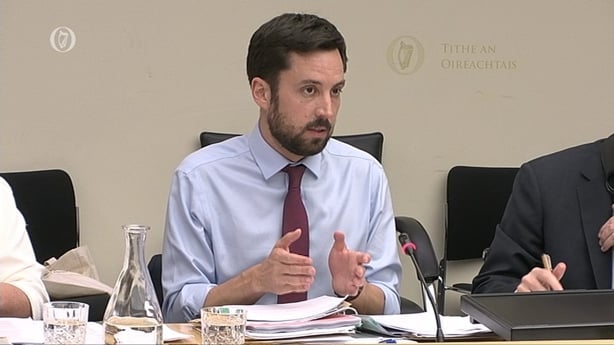 The woman's death is the third homeless death in a matter of days.

A 26-year-old woman from south Dublin, who had been living in a hotel in Co Kildare with her two children, died this week.

And in Dublin, a 50-year-old man who had been sleeping on the street died after being found unconscious.

"People shouldn't be dying on the streets," Minister Murphy (above) said today.

"They deserve more dignity than that," he said.

The Minister extended sympathies to the families of the deceased and paid tribute to the emergency homeless services who he said had experienced a "difficult few days".

The Minister said that an emergency summit to be held at the Custom House next Friday will bring together the chief executives of 31 local authorities as well as officials in the Department of Housing to discuss what additional resources need to be applied to the homeless crisis.

Mr Murphy said he was looking at how additional resources can be provided to local authorities and voluntary services whose work is proving effective. The summit will also look at what needs to be done in terms of building new homes.

The Minister said the Rebuilding Ireland strategy will be announced very shortly, and this will include measures to get vacant properties back into use.