A murder investigation is under way into the death of a man whose body was found this morning in north Co Dublin.

The body was found at around 10.40am near a ditch at a laneway off the Ballyboughal to Oldtown Road, around 1km outside of Ballyboughal.

The man, believed to be in his 30s, was found fully clothed lying face down at the entrance to a field.

He had been stabbed a number of times and gardaí believe it is likely he was killed somewhere else before his body was brought and left on the quiet road.

The man is believed to be of eastern European origin and gardaí are checking documentation found on his body in an effort to establish who he is.

Gardaí have appealed to families, colleagues or employers who know of anyone missing in the past few days to contact them.

Deputy State Pathologist Dr Michael Curtis carried out a preliminary examination at the scene before the body was removed for a post-mortem examination. 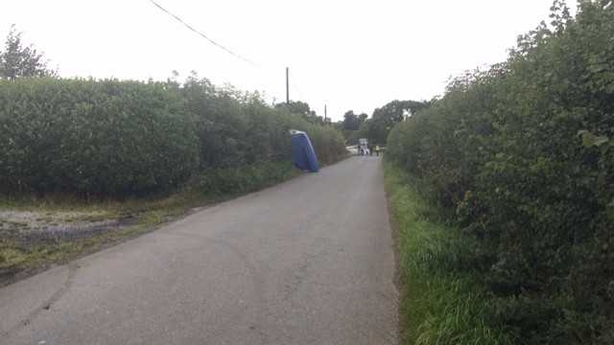 Gardaí searched nearby fields for evidence. They believe the man's body was more than likely left on the side of the road overnight or in the last day or two and was done in a hurry because no effort made to conceal or bury the victim.

The Garda Technical Bureau have arrived at the scene where a body was found this morning pic.twitter.com/B5Zlmwd8rU

Gardaí are appealing for witnesses or anyone with information to contact Balbriggan Garda Station on 01-8020510, the Garda Confidential Telephone Line on 1800-666-111 or any garda station.