18 high performance teams from across Europe and Ireland took part in the event, which was being held for the 12th time.

Crowds looked to the skies in Bray today as teams from across Europe took part in the Bray Air Display pic.twitter.com/cf3JoPVG2Y 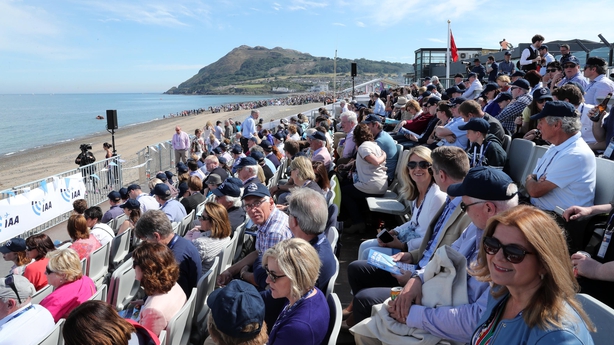 The Irish Air Corps and the Irish Historic Flight Foundation were joined by an F-18 jet from the Spanish air force while the Royal Jordanian Falcons wowed the crowd with an aerobatic display.

The Irish Coast Guard also demonstrated a safe water rescue, as well as paying tribute to the crew of Rescue 116 who died earlier this year.