The garda-led investigation into the funding of international terrorism which led to the arrest and charge of an Irish citizen last week has involved the FBI, Interpol and the London Metropolitan Police, a court has been told.

Hasan Bal, 25, formerly living at an address at O’Connell Street in Waterford, was refused bail when he made his second appearance before Waterford District Court this afternoon. 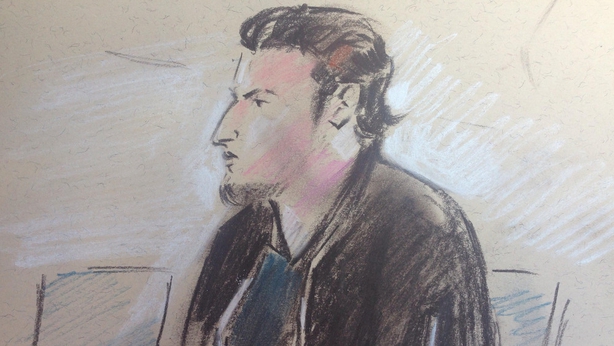 Gardaí objected to bail on the grounds of the seriousness of the alleged offences; the potential sentence if convicted, which could be up to 20 years; and the risk of flight out of the country by Mr Bal if granted bail.

Detective Sergeant Donal Donohoe told the court he believed the accused was a flight risk as the address he was living in was no longer available to him. "He no longer has a permanent address in this country," he said.

He also said that, as part of the investigation, gardaí made inquiries "through Interpol and other police forces, primarily the London Metropolitan Police and the FBI".

Cross-examining the detective, Mr Bal’s solicitor Ken Cunningham said the accused’s mother was willing to stand bail for him and allow him to live in her home.

Mr Bal’s mother, Dr Caroline Ward-Fahy, said it was "very shocking" to be in this situation.

Inspector Tony Lonergan asked her how she proposed to ensure, if her son was granted bail, that he would comply with his bail conditions.

"Since my son was born, when I tell him to do something, he will do it," she said. "He will do that as his duty to God because his mother is a very important part of his faith."

Judge Kevin Staunton said he had no doubt Dr Ward-Fahy was a genuine witness and a believable person and said he accepted she was "shocked by the turn of events that has led her here today".

He said he was "influenced greatly" by Det Sgt Donohoe’s evidence about Mr Bal being a flight risk.

Judge Staunton refused bail and remanded Mr Bal in custody, to appear again in the district court on 9 May.