Cannabis worth a combined €430,000 has been seized in two separate operations today.

In Co Laois, gardaí seized €250,000 worth of cannabis after stopping a car during a multi-agency motorway operation.

During the operation, cannabis with an estimated street value in excess of €250,000 was recovered from a car.

The sole occupant of the car, a man in his 30s, was arrested and is currently being detained at Portlaoise Garda Station.

Meanwhile in Dublin, a joint operation conducted by Revenue's Customs Service and the gardaí has resulted in the seizure of approximately 9kgs of herbal cannabis. 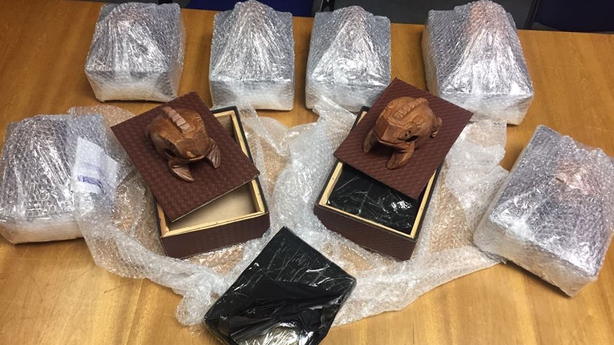 The drugs seized have an estimated street value of €180,000.

A man in his 40s was arrested and is being detained at Ballyfermot Garda Station.