The campaign group for people with genetic emphysema have had a "forthright but positive" meeting with the HSE about the drug Respreeza.

Kitty O'Connor, Chief Executive of Alpha One Foundation was speaking following the meeting.

The group said they are devastated at the HSE decision not to fund the drug, which they said has been life-changing for people affected.

Seventeen people here have been getting the drug under a compassionate-use programme, supported by the makers CSL Behring.

Ms O'Connor urged the HSE and the drug company to enter talks as a matter of urgency.

Professor Gerry McElvaney, a respiratory consultant at Beaumont Hospital and who has been involved in the care of patients, said Respreeza works and reduces chest infections and hospitalisations in patients.

However, the HSE has declined to fund the drug as it was not seen as cost effective at the original price sought by the firm and would cost over €100,000-a-year per patient. 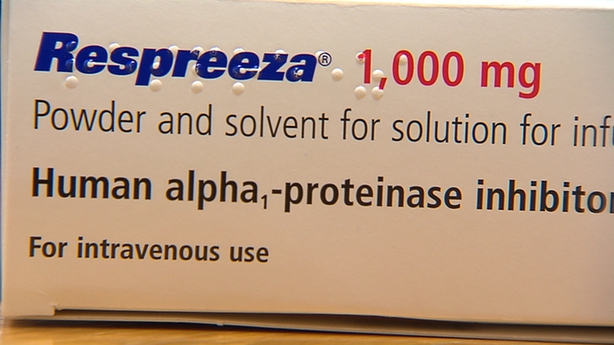 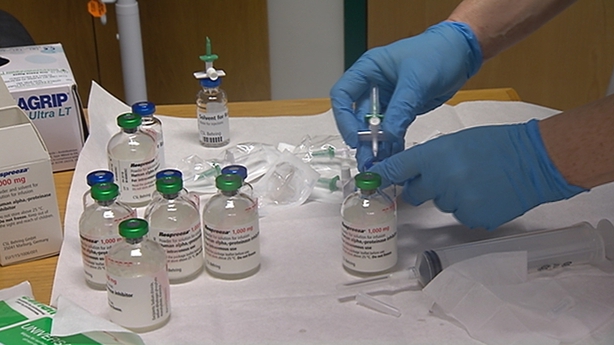 It also says there are clinical effectiveness issues.

The drug makers said they will continue to supply the drug on compassionate grounds for two more months, to allow for talks with the State.

The company has told RTÉ News that it has provided the drug under the compassionate-use programme in the hope of a decision by the HSE for overall funding.

It said that the final price offered to the HSE was the lowest viable price and significantly lower than the price already accepted in many other European countries.

It had set a deadline of 28 February at which stage the provision of the drug would cease but this has been extended.

A group of patients affected by the decision not to fund the drug are protesting outside HSE headquarters in Dublin.