A jailed Pakistani doctor believed to have helped the CIA hunt down al-Qaeda leader Osama bin Laden will be neither released nor handed to the United States, Pakistan's law minister has told legislators.

Dr Shakil Afridi, hailed as a hero by US officials, was arrested after US forces killed bin Laden in May 2011 in a secret raid in a northern Pakistani town that plunged relations between the uneasy strategic partners to a new low.

Pakistan has accused the doctor of running a fake vaccination campaign in which he collected DNA samples to help the US Central Intelligence Agency confirm bin Laden's identity.

Dr Afridi was arrested soon after the bin Laden raid and charged with having ties to militant Islamists, which he denied.

Last May, Pakistan's foreign ministry angrily criticised US President-elect Donald Trump for saying he could get Pakistan to free Dr Afridi "within two minutes".

"The law is taking its course and Afridi is having full opportunity of a fair trial," the Daily Times newspaper quoted Law Minister Zahid Hamid as telling the upper house, in response to a lawmaker's query about reports of a possible release.

"Afridi worked against the law and our national interest, and the Pakistan government has repeatedly been telling the United States that under our law he committed a crime and was facing the law."

In 2012, Dr Afridi was sentenced to 33 years in prison after being convicted of being a member of militant group Lashkar-e-Islam.

That conviction was overturned in 2013, but Dr Afridi was then charged with murder, relating to the death of a patient eight years earlier.

He remains in jail awaiting trial.

Many Pakistanis were infuriated by the US raid to grab bin Laden in the military garrison town of Abbottabad, just a two-hour drive from Islamabad, the capital. 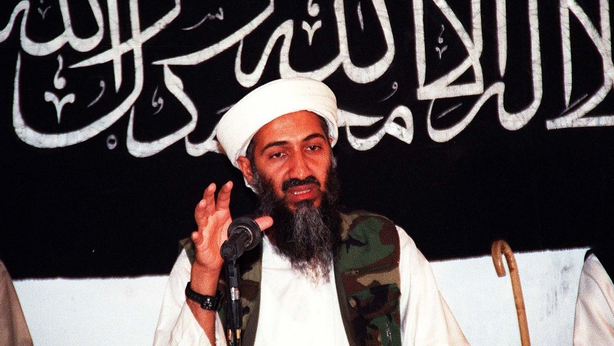 Pakistani officials describe bin Laden's long presence in Abbottabad as a security lapse and reject any suggestion that members of the military or intelligence services were complicit in hiding him.

Pakistan joined the US war on militancy after the 11 September 2001 attacks on the United States.

But US officials often describe Islamabad as an unreliable partner that has sheltered the Afghan Taliban leadership and demand tougher action against militant groups based along its border with Afghanistan.