Northern Ireland First Minister Arlene Foster has rejected a proposal from her Sinn Féin partners in government to investigate her role in a botched green energy scheme.

Sinn Féin had said that Ms Foster should temporarily step aside while a judge-led independent panel examine an error-ridden initiative that has left the power-sharing administration facing a £490 million bill.

The under-pressure Democratic Unionist leader, who developed the Renewable Heat Incentive (RHI) during her time as economy minister, has steadfastly refused to stand down, insisting she has done nothing wrong.

Asked if she accepted Sinn Féin's proposed terms of reference as she left a school in her Fermanagh and South Tyrone constituency, she replied "no".

Speaking today Ms Foster said: "It is clear there are many in the political class who do not believe in due process or natural justice.

They just want me to go regardless of the fact that there is not a scintilla of evidence of wrongdoing against me.

"I don't roll over to my political opponents. I believe in getting to the truth. I believe in due process for everyone and that everyone is equal before the law and equally subject to the law.

"That has always been the cornerstone of who I am and will be so despite the hysteria," said Ms Foster.

Earlier, Ms Foster, who has faced down a barrage of calls to step aside, posted a meme on Facebook of a guinea pig wearing a pair of pink love-heart shaped glasses below the phrase: "Can't see all the haters when I've got my love glasses on."

The DUP leader has claimed many of the calls for her to quit are motivated by misogyny.

The state-funded RHI was supposed to offer a proportion of the cost businesses had to pay to run eco-friendly boilers, but the subsidy tariffs were set too high, and without a cap, so it ended up paying out significantly more than the price of fuel.

This enabled applicants to "burn to earn" - getting free heat and making a profit as they did it.

Sinn Féin has insisted that an independent investigation into the affair cannot go ahead unless Ms Foster steps aside.

The party's Health Minister, Michelle O'Neill, said the key element of the Sinn Féin proposals is the need to be able to compel witnesses and subpoena documents.

The scandal has erupted at a time when Sinn Féin Deputy First Minister Martin McGuinness has been experiencing health problems.

Ms O'Neill said her party colleague remained at the "core" of the party's response to the RHI affair.

The lack of consensus over the form of an investigation comes amid similar disagreement on DUP proposals to reduce the overspend.

The DUP has claimed its proposals could wipe out the bill, but Sinn Féin has rubbished them.

Senior members of Sinn Féin have warned the party will exercise its power to collapse the Executive if Ms Foster does not temporarily stand down to facilitate an RHI probe.

If the party follows through with that threat, Northern Ireland will be facing a snap Assembly election, less than a year after the last poll. 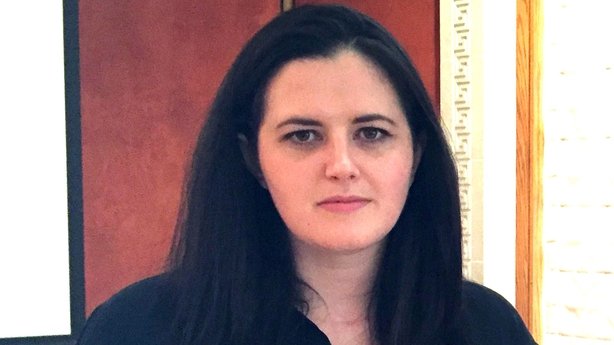 Earlier, Stormont's independent justice minister accused Northern Ireland's political leaders of letting her down over their handling of the furore.

Claire Sugden said she favoured an independent probe, but did not support calls for Ms Foster to step down.

Ms Sugden also ruled out quitting her pivotal job - a move that would likely force the collapse of the DUP/Sinn Féin led coalition.

The power-sharing executive cannot function without a justice minister and Ms Sugden was the only Assembly member both DUP leader Ms Foster and Mr McGuinness could agree on in the wake of last year's election.

"Martin and Arlene have both let me down," she said.

The East Derry MLA said: "Arlene and Martin might have reneged on their responsibilities to actually do a job for the people of Northern Ireland, but I am not going to do that because I do have integrity and I will keep doing it until I can't."

The Justice Minister had not commented publicly on the RHI scandal for more than two weeks - prompting criticism from political rivals.

But she said she would not resign because she still felt she could help change people's lives for the better in her role. She also stressed that her quitting would send the Executive down a "path of no return".

In an interview with BBC Radio Ulster, the minister said: "I think with this particular issue there is a lot of political posturing going on. Regrettably, the two main parties are reverting to party politics and they are feathering their own nests in that respect - they are keeping their own constituents right."

Ms Sugden said she did not believe calls for Ms Foster to stand aside were fair.

"Anyone forcing her to step aside is actually punishing her for something that hasn't been substantiated," she said.

It was originally envisaged that the UK Treasury would foot the bill for the RHI, but the costs spiralled well beyond London's financial commitment.

The total RHI spend in Northern Ireland is estimated at £1.15bn over the next 20 years.

The Treasury is set to cover £660m of that, with Stormont landed with the remaining £490m.