The number of sexual offences and homicides increased in the third quarter of 2016, according to the Central Statistics Office.

There were 152 more recorded sexual offences, an increase of 6.6% compared with the previous period.

The CSO report also found the largest recorded decrease was in burglary and related offences, down 31.2% or 8,857 fewer incidents.

There were 11,343 fewer incidents of theft and related offences, a 14.6% decrease on the previous year.

Weapons and explosives offences fell by 12.5%, or 301 fewer recorded offences. 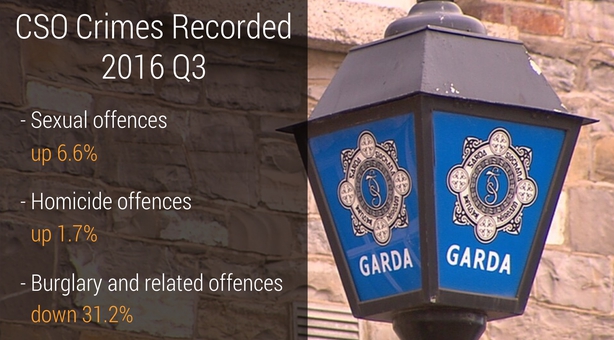 Last September, a review on the quality of that data questioned its reliability.

The CSO advises that the recorded crime figures should be interpreted taking those findings into account.