New figures show there has been a 30% decrease in the number of gardaí assigned to drugs units around the country.

In 2008, there were 341 gardaí assigned to various divisional drugs units.

This year that figure had dropped to 237.

In some Garda divisions, such as Cavan/Monaghan, there are no gardaí specifically employed in drugs units.

The figures are contained in a parliamentary response to Sinn Féin Waterford TD David Cullinane.

The figures show that in 2008 there were 132 members of the drug squads in the six combined Dublin divisions, but currently there are only 99.

In Cork city, the numbers fell from 26 to 14; Wexford has dropped from 13 to six; the numbers fell by from 10 to three in Laois/Offaly, while Cavan/Monaghan had 11 gardai in the drugs squad eight years ago, but today there are none.

The Minister for Justice said she has no direct role in assigning gardaí to various roles as that is the job of the Garda Commissioner.

Frances Fitzgerald said all gardaí have a responsibility in preventing criminal activity, whether it be drugs or otherwise, and that the overall number of gardaí in the force will increase again next year.

She added that funding has been provided for an additional 800 gardaí to be recruited next year. 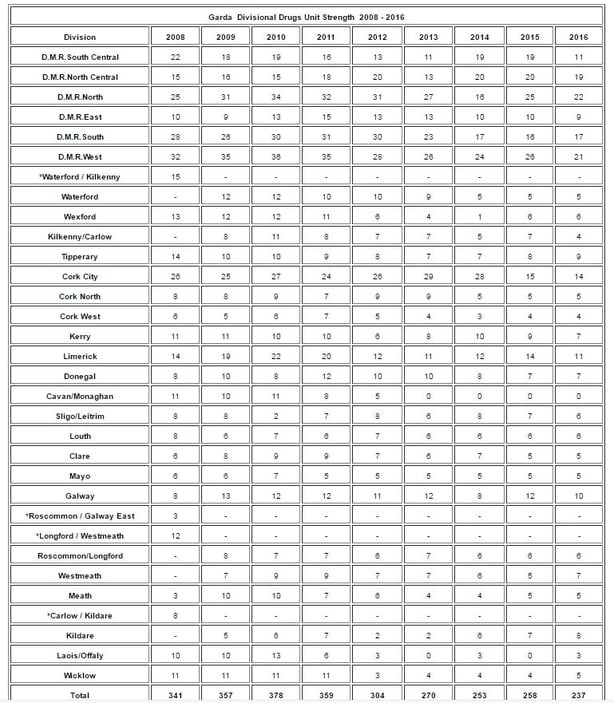