The UN Security Council will hold an emergency meeting on the dire humanitarian crisis unfolding in Aleppo, diplomats said.

The meeting will begin immediately following a Security Council session on the adoption of a resolution reinforcing sanctions against North Korea tomorrow afternoon.

The 15 ambassadors of the Security Council will get a video conference briefing on the situation in Aleppo by a UN official in charge of humanitarian operation and the UN mediator in Syria, Staffan de Mistura.

In east Aleppo, thousands of civilians have fled the fighting and bombings as the Syrian government forces advanced against parts of the rebel-held areas.

The UN condemned on Tuesday the "descent into hell" being endured by civilians.

Up to 20,000 people have fled the regime offensive in the past 72 hours, the International Committee of the Red Cross said.

"France and its partners cannot remain silent in the face of what could be one of the biggest massacres of civilian population since World War II," said France's UN ambassador Francois Delattre.

He and his British counterpart Matthew Rycroft earlier in the day were pushing for the emergency council meeting on providing humanitarian relief to the besieged Syrian city.

East Aleppo has been under government siege for more than four months, with international aid stocks exhausted and food supplies running low. 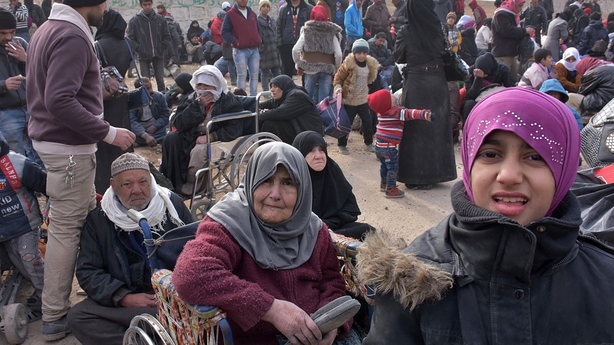 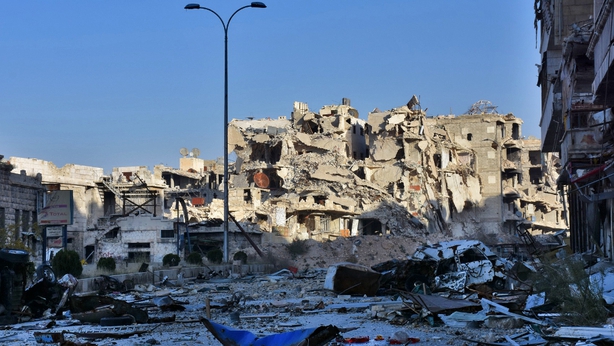 Mr Rycroft said the council would discuss plans for the UN to deliver much-needed food and medicine into Aleppo and evacuate the sick and wounded.

"Russia complained that the opposition had not agreed to this plan. Now they have, so I call on Russia to make sure the Syrian regime agrees," Mr Rycroft said.

"The intensity of attacks on eastern Aleppo neighbourhoods over the past few days has forced thousands of civilians to flee to other parts of the city," UN humanitarian chief Stephen O'Brien said in a statement.

The Syrian army and its allies announced the capture of a large swathe of eastern Aleppo from rebels yesterday in an accelerating attack that threatens to crush the opposition in its most important urban stronghold.

Capturing eastern Aleppo would be the biggest victory for President Bashar al-Assad since the start of the uprising against him in 2011.

It would restore his control over the whole city apart from a Kurdish-held area that has not fought against him.

The UN yesterday issued an urgent appeal to Syria's warring parties to halt attacks endangering civilians in Aleppo and allow humanitarian aid deliveries to besieged parts of the city.

Spokesman Stephane Dujarric said rebel-held parts of Aleppo had received no aid since the beginning of July, and food was becoming scarce.

Supplies provided by the World Food Programme ran out on 13 November and aid from other agencies is dwindling, "effectively leaving eastern Aleppo city without food," he said.

The UN said it is "extremely concerned" about the estimated 275,000 civilians trapped in "horrific conditions".

"We urge all parties to the conflict to put an end to the indiscriminate bombing and shelling and to protect civilians and civilian infrastructures and to enable life-saving humanitarian assistance, as required under international humanitarian law," Ms Dujarric said.

Faced with devastating bombing and street fighting, thousands are fleeing to safety after more than four months of siege.