Gardaí attached to the Garda Drugs and Organised Crime Bureau and the Garda Special Crime Task Force seized two sub-machine guns, three hand guns, two silencers and a quantity of ammunition as part of the planned operation when a car was searched.

There were no arrests and the investigation is ongoing. 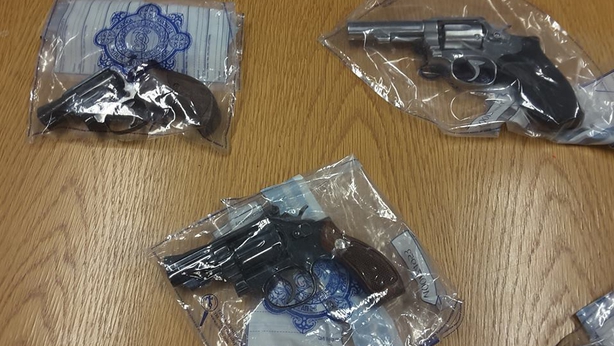