Up to €100,000 has been stolen in two separate cash robberies in Tallaght and Finglas in Dublin.

No firearms were used in either incident, and nobody was seriously injured.

Gardaí do not believe the incidents were connected.

The first incident took place just after 11.30am at the Charlestown Shopping Centre in Finglas. 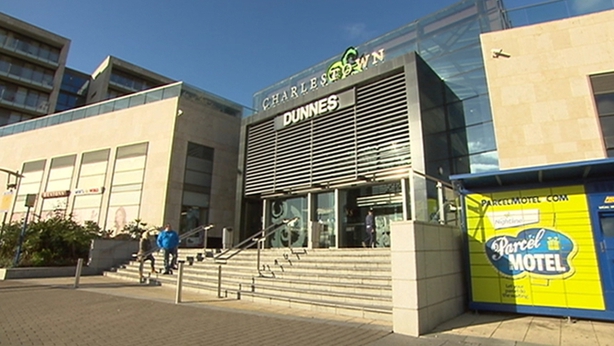 A security man was delivering cash to an ATM and was in the shopping mall at the time.

It is not clear if the man was armed or not.

A car was waiting for him in the underground car park and the raiders drove away.

The car was later found burned-out at the North City Business Park in Finglas.

About ten minutes later, raiders pepper-sprayed a security man in the face during a cash-in-transit raid outside the Bank of Ireland in Tallaght.

At least two raiders were involved and escaped in a small silver car.

One of the raiders was wearing a brightly-coloured hoodie.

A member of the public tried to block their escape by driving his car across their route but the raiders got away.

The security man was temporarily blinded while the attack took place. No one else was injured in the raid.

Gardaí in Tallaght are appealing to witnesses or anyone with information on the incident to contact them.