Thousands of people have signed books of condolence at Limerick City Hall, in local authority buildings across Munster and at the GPO in Dublin following the death of Munster rugby head coach Anthony Foley.

The 42-year-old died yesterday in Paris ahead of the Champions Cup fixture between Munster and Racing 92.

Foley was capped on 62 occasions for Ireland and played over 200 times for Munster before taking over as head coach in 2014.

Flags were flown at half mast outside Limerick City and County Council buildings today as a mark of respect. 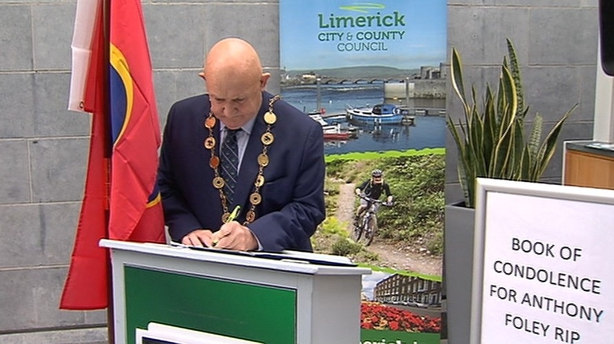 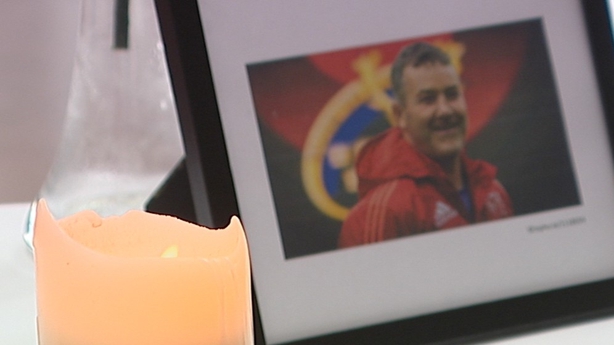 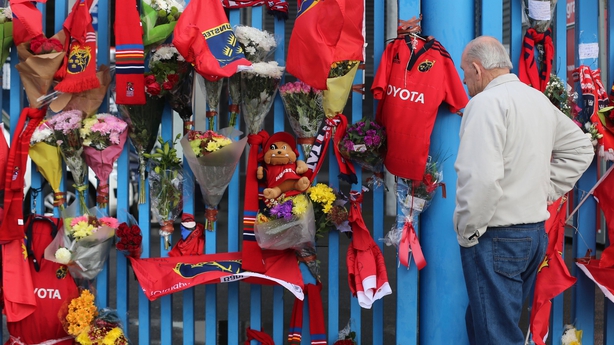 "It is with great sadness that I heard of the sudden death of Anthony Foley, the Munster rugby team's head coach and one of the great figures of Irish sport in the modern era," said Mr Higgins.

Mr Ross said Foley was "an absolute star on and off the field" and was "a wonderful ambassador for Ireland".

He said the "flow of grief" following his death was "quite staggering" and something he had not seen for a sports star for quite some time.

A book of condolence was also opened at the University of Limerick Sport Arena.

UL Director of Sport David Mahedy said: "On behalf of all at UL, may I express my sincerest condolences to Anthony's family.

"He was a true leader and he demonstrated this quality both on the field of play and more recently, on a daily basis as he went about his work with Munster's next generation here at the UL campus. He will be sorely missed by all. May he rest in peace."