A British Royal Navy submarine which towed a fishing trawler at speed through the Irish Sea endangered the lives of the crew, inspectors have said.

The Karen was trailed backwards at seven knots in April 2015 after the submarine snagged in its nets 24km from Ardglass, Co Down - one of Northern Ireland's main fishing ports.

Commanders were unaware of the collision until three hours later after they failed to realise they were passing beneath a fishing vessel with nets rather than a merchant cargo or passenger ship, the Marine Accident Investigation Branch (MAIB) report said.

Chief inspector of marine accidents Steve Clinch said: "Eighteen months ago, the actions of the command team of a Royal Navy submarine placed the lives of the crew of the trawler Karen in danger. 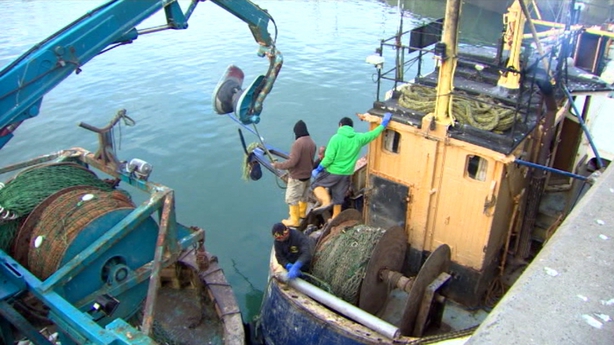 "Regrettably, the reluctance of the Royal Navy to fully engage in the subsequent investigation resulted in this report taking significantly longer to deliver than would normally be the case.

"The accident happened because of insufficient passage planning by the submarine's command team and their failure to follow guidance on fishing vessel avoidance.

"Had its trawl warps not parted, it is almost inevitable that Karen would have capsized and sunk; the collision also presented a very significant risk to the submarine."

Part of the prawn trawler's deck had to be lifted and another section was ripped off but the four crew escaped unharmed.

Mr Clinch said lessons learned after the sinking of a trawler in 1990 had been lost.

"As a result, it is now important that the Royal Navy reviews its procedures and training for the safe conduct of dived submarine operations in the same vicinity as vessels engaged in fishing.

"By its actions, the Royal Navy also needs to rebuild trust with the fishing industry."

The Karen's crew managed to release net equipment but the incident caused it to heel heavily to port and its stern was submerged.

Skipper of the trawler Paul Murphy has welcomed the report but said the Royal Navy should have given more information.

Speaking on RTÉ’s Morning Ireland, he said that it was a terrifying experience and he is still very nervous. 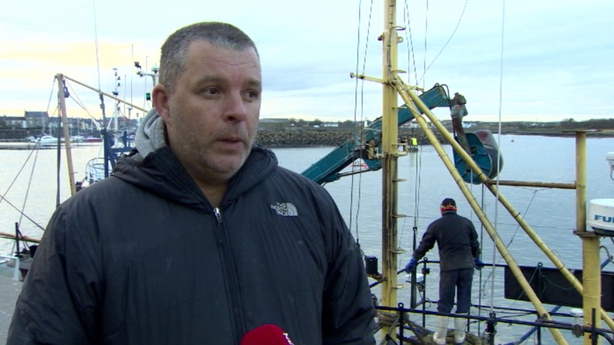 "The report could have been more extensive and I think the lack of transparency from the Royal Navy held the report back. I actually thought that they would've wanted to find solutions to the problems that they obviously have. They've obviously got a navigational problem, they've got an equipment problem if they can't detect a fishing trawler in the Irish Sea."

The report said: "Evidence of the collision on board the submarine was either not observed or misinterpreted."

It said the incident occurred because the submarine's command team detected no noise of trawling.

"The submarine was at a depth where it could, if necessary, pass safely beneath a merchant vessel, therefore the command team would not have perceived any risk of collision; as a result, no avoiding action was taken.

"The submarine's command team had assessed that the majority of shipping contacts in the area were merchant vessels.

"However, most were actually trawlers; this was predictable and should have been identified as a significant risk to the safety of the submarine and other vessels when preparing the submarine's passage plan.

The Navy is understood to have expressed readiness to pay compensation and is in correspondence with those affected.

A Royal Navy spokesperson said: "We have expressed our regret and remain sorry for the incident and delay in confirming our involvement.

"We've revised our procedures to reduce the risk that such an incident could happen again.

"We're reviewing the report's recommendations and continue to work closely with the maritime community to maximise safety."