Gardaí are appealing for information in connection with the fatal stabbing of a man in his 20s at a house on the South Circular Road in Dublin yesterday.

The victim has been named as Leo Carolan, a second-year student at the Dún Laoghaire Institute of Art, Design and Technology where he had been studying creative music technology.

Gardaí are seeking witnesses who may have seen a man in his 20s leaving the property near Bloomfield Avenue at about 3.20pm yesterday.

He is described as being in his mid 20s, about 1.70m (5'6") in height, of thin-build and with short fair or red hair. He was wearing a black jacket, blue jeans and runners.

A third man, who was found with non-life-threatening injuries near the house, is still being treated at St James's Hospital. 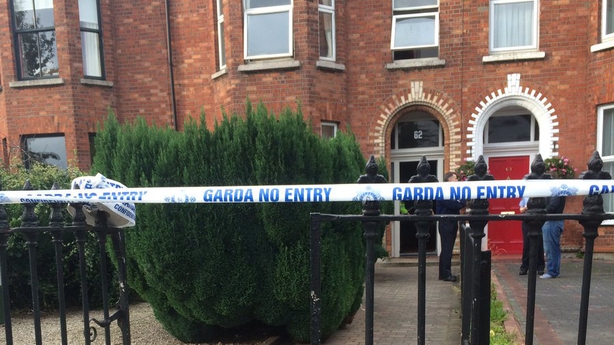 Gardaí believe the injured man may be a Swiss national aged in his mid 20s.

Speaking at a press briefing, Superintendent Patrick McMenamin said detectives have spoken briefly to the injured man, and hope to speak to him again when he is well enough.

A post-mortem examination on the victim's remains was carried out by the State Pathologist today.