Gardaí investigating the discovery of a man's body at a flat on the South Circular Road in Dublin are looking for a man who was seen leaving the scene.

Another man who was found wounded on the street nearby was taken to hospital.

Gardaí had been called to an incident close to Bloomfield Avenue on the South Circular Road at about 3.45pm.

They discovered a man in his 20s with injuries on the footpath. He was taken to St James's Hospital with injuries that are not believed to be life-threatening.

Gardaí then examined a flat across the road. There they found the body of a man in his 20s.

It is believed he was stabbed.

Tonight, gardaí say they are looking for a third man who was seen leaving the scene at about 3.20pm this afternoon.

The man is described as being aged in his 20s and about 1.68m tall.

He was wearing a black top, which may have had bloodstains on it. 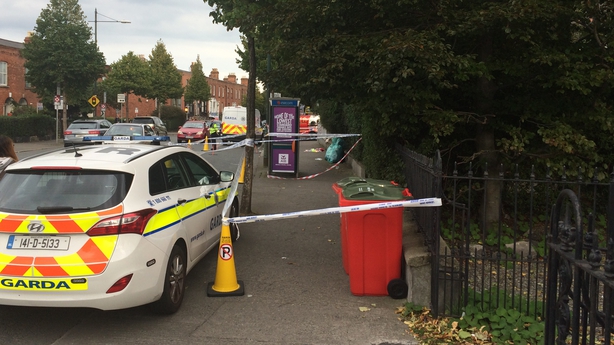 Gardaí appealed to anyone who was in the South Circular Road/Bloomfield Avenue area this afternoon between 3pm and 4pm to contact Kevin Street Garda Station.