Minister for Finance Michael Noonan will review his invitation to the Public Accounts Committee and will make a decision thereafter, according to a spokesperson.

Mr Noonan has been asked to appear before PAC to answer questions about the National Asset Management Agency's controversial Project Eagle sale of property in Northern Ireland.

In a statement to RTÉ's News at One, the spokesperson also said "it is not normal practice for a Minister to appear before the PAC" and "the Department of Finance will co-operate fully with the PAC as the Department always does."

PAC chairman Seán Fleming has said he is very hopeful that Minister Noonan will appear before the committee.

Speaking on the same programme, he said he was pleased the minister was reviewing the invitation.

Mr Fleming said he would like to assure Mr Noonan that he will be questioned strictly in connection with the sale process, saying the questioning will be strictly kept to the mechanics of the sale process and the minister's involvement in it.

Mr Fleming said: "He is one of the links in the chain in relation to this sale process.

"I do want to assure the minister, and I as chairman of the PAC know fully the remit of the committee, we will not be straying into governmental decisions; policy issues by the department.

Later, he told RTÉ News that questions seeking to establish if there was any Government policy to encourage NAMA to accelerate sales of its loan portfolio, and what impact that might have had on the controversial Project Eagle deal at the centre of controversy, would have to be addressed by a  commission of inquiry and not by the PAC.

Mr Fleming said the PAC will be asking other Oireachtas members and finance officials who were involved in the sale process to appear before the committee.

Meanwhile, Minister for Social Protection Leo Varadkar has said he does not want to see the PAC turning into a "star chamber of a kangaroo court".

The minister said he knows Minister Noonan and knows he will be available to answer the questions in the Dáil in a normal way on all of these issues.

He said as far as he understood, the PAC had not actually invited Mr Noonan to appear before it.

He said there is no precedence for ministers to go before PAC.

Mr Varadkar said ministers are held accountable to the public through the Dáil and also through their own committee which would be the Finance Committee in this case.

He said the PAC has a very special, particular role, in dealing with accounts and hearing from accounting officers.

Mr Varadkar said the PAC does not call ministers into it, adding that he "would hope that members of the PAC reflect on that", saying, "we don't want to see the PAC turning into a star chamber or a Kangaroo court".

Tánaiste Frances Fitzgerald has said that she believes Mr Noonan would consider appearing before the PAC "for the right reason".

Speaking to RTÉ News in New York, Ms Fitzgerald said an appearance by a minister would be "unusual", and would have to be done for the right reason and "not simply for political posturing".

She said in the first instance, the PAC needed to get on with its investigation and its primary focus had to be to find out what happened in-so-far-as possible and if Mr Noonan did appear it would be about finding out what the role of the Dept of Finance was, and examining the issue at stake.

Last Wednesday the Comptroller and Auditor General published his report into Project Eagle.

The report found the sale incurred a potential loss to the taxpayer of £190m on the sale after previous write downs were included.

NAMA "categorically rejected" the key conclusions reached by the C&AG saying the key finding of the report is "fundamentally unsound and unstable and cannot be left unchallenged".

The Government last week confirmed the Public Accounts Committee would first examine the report into the affair, beginning on 29 September, before a formal inquiry is launched. 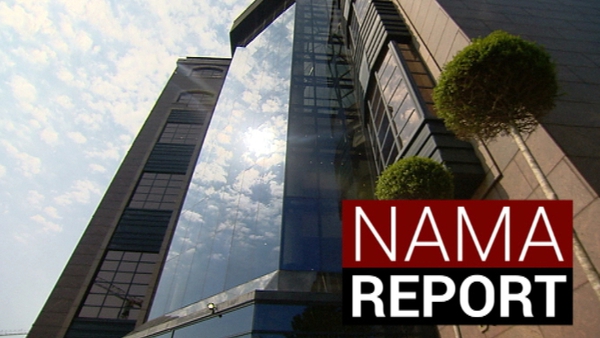