The Public Prosecutor's office in Rio de Janeiro has formally laid charges before a judge in relation to Pat Hickey and his role in the alleged ticket-touting controversy during the Olympic Games.

Mr Hickey has temporarily stood aside as president of the Olympic Council of Ireland during the investigation.

A judge there must now decide whether to accept or reject charges against Mr Hickey; Kevin Mallon, an Irish executive with THG corporate hospitality group; and eight others also listed in today's charges.

Should a judge decide to reject the charges, the case will be dropped and both Mr Hickey and Mr Mallon will be free to leave Brazil.

The passports of both men are currently in the custody of Civil Police, who led the investigation into the controversy.

Police said yesterday that they would prefer for the men to remain in the jurisdiction, but that this decision rested with the Brazilian judiciary.

If the judge decides to accept charges against the ten men, their legal defence teams will be given ten days in which to present a preliminary, or technical defence.

Following this, a court case would be scheduled.

While there is no time limit on how long the judge must take to decide on how to proceed, it is thought it should take place in a matter of days.

Speaking to RTÉ News, Mr Kac said this process, until it gets to court, could potentially take up to two years.

If any of the accused remained in prison, it would go through the system more quickly, he said.

He said it was very possible that the passports of Mr Hickey and Mr Mallon would be returned during this interval, on the expectation that they would return to answer to a future court case.

Mr Hickey met with police in Rio this evening and did not speak to reporters before or after.

In a statement, his family said he would not be making any comment during the meeting.

"He will be invoking his constitutional right to silence because the Brazilian police have released documents to the media that Pat's lawyers have had no access to," the statement read. 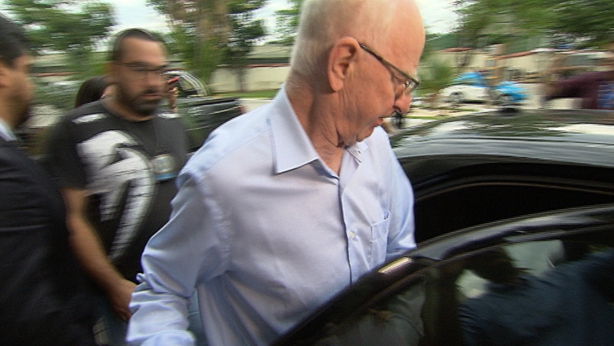 Speaking after the meeting, Detective Aloysio Falcao, one of the lead investigators in the case, said that Mr Hickey had exercised his constitutional right to remain silent.

Det Falcao said the investigation finished last week, adding that “We are now entering into a new stage in the inquiry.”

He said new players in the ticketing controversy would be revealed at a press conference in Rio on Thursday, further to the ten people who had charges formalised today.

He said at least one further Irish person will be named on Thursday, in relation to crimes not considered in the original phase of the investigation.

PRO10 Sports Management, meanwhile, has issued a statement saying it completely rejects "charges that have been put forward by the Brazilian police today in relation to PRO10's role as Irish ATR (authorised ticket reseller) for the Rio 2016 Olympic Games.

"As we have stated numerous times, PRO10 have at all times acted properly and fully in line with the ATR guidelines.  We will vigourously defend our reputation and we will fully challenge the very basis of these charges.

"All tickets sold by PRO10 as the Irish ATR for the Rio 2016 Olympics were sold fully in line with the ATR guidelines.

"These tickets were made available for sale through the authorised ATR process and were sold to legitimate customers of PRO10 at face value plus the allowed ATR reseller fee."