A murder investigation is under way following the discovery of a man's body in Co Kildare.

The remains were found in Rahin Wood near Carbury on Friday night.

The man has been named as Philip Finnegan, who was reported missing from his home at Mary Aikenhead House, Dublin 8, on 10 August.

Gardaí said they will not be disclosing the findings of a post-mortem examination for operational reasons.

The scene remains sealed off for a technical examination as gardaí continue to search for the murder weapon at the remote spot.

It is thought Mr Finnegan was abducted and killed by criminals.

His body was found partially buried in a shallow hole in the ground covered by undergrowth by people out walking at around 8.45pm on Friday.

An attempt had also been made to set the remains on fire and his clothes were charred. 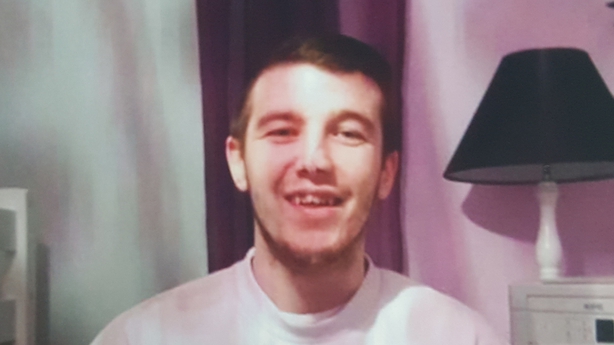 Mr Finnegan was aware his life was in danger and wore a bullet-proof vest, which was found on his remains.

Mr Finnegan was involved in serious crime and had been attacked and shot at a number of times before.

He was charged - but acquitted - of firearms charges after a gun had been found in his home.

Mr Finnegan appears to have been stabbed to death. Gardaí believe he was killed at the scene but have yet to establish if he was abducted or lured there.

They believe his death is linked to organised crime and one line of inquiry is that he was killed in a row over money.

Gardaí in Leixlip are appealing for anyone who was in Rahin Woods in the last three weeks and saw anything unusual or suspicious to contact them at Leixlip Garda Station on 01-6667800 or the Garda Confidential Line 1800 666 111.