The Catholic Bishop of Kilmore has described the shock and devastation in the local community after the loss of a young family in an apparent murder-suicide in Co Cavan yesterday.

Investigations are continuing at the house at Barconey outside Ballyjamesduff where five members of the Hawe family were found dead.

Bishop Leo O'Reilly described the sudden loss of the family in such a shocking way as "unbearable" and near impossible to comprehend.

Speaking on RTÉ's Morning Ireland, Bishop O'Reilly said: "It is shocking and in such tragic circumstances. A young couple with three small boys, young boys.

"The death of a child has to be the most difficult cross for any parent to bear, but three children and their parents. It is just unbearable."

Bishop O'Reilly said he had been speaking to the local priest - Fr Felim Kelly - who has told him people were numbed and he himself was traumatised.

He said the family were very involved in the community, and very committed to the parish and were great parishioners.

"The whole community is affected by this," said Bishop O'Reilly.

"I think we just have to think of them and keep them in our thoughts and prayers and think too of the gardaí and emergency services who had to deal with this horrendous situation."

A forensic examination of the Hawe family house has already begun and is continuing today.

Alan and Clodagh Hawe, who both worked as teachers, and their three sons Ryan, six, Niall, 11, and 13-year-old Liam were discovered in the house yesterday morning.

Gardaí said the deaths are being treated as a murder-suicide. 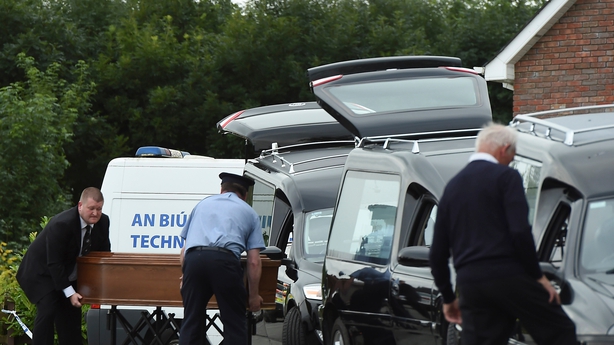 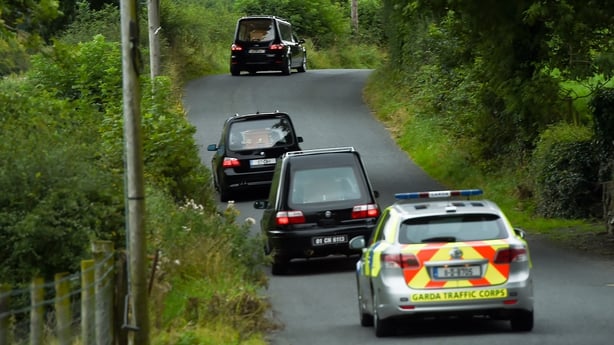 Mr Hawe was a teacher in Castlerahan National School, where Niall and Ryan were pupils.

The Department of Education said school authorities in the areas impacted by the tragedy had been in contact with the National Education Psychological Service and that psychologists were on the ground to provide advice and support.

Bishop O'Reilly, who is also patron of the primary school in Castlerahan, added: "It really is going to have a huge impact on the school community and I think we will have to keep them particuarly in our prayers."

Detectives are to speak to those close to the Hawe family to try to establish a motive for the murders and suicide.

Castlerahan GAA club, where Mr Hawe was in his first year as treasurer, said the family were well known and highly respected within the club and the community.

A forensic psychologist has said it is a challenging task for anyone to understand what has happened in Cavan.

Speaking on RTÉ's Today with Sean O'Rourke, Dr Ian Gargan said the situation is incredibly complex and upsetting and he finds it very difficult to understand, despite having 20 years experience in mental health treatment.

He said psychological support will be offered to the schools where both parents worked and their children attended as well as to the extended community in the aftermath of this tragedy.

"Basically what the psychologists will do initially is give advice to the teachers and friends and extended friends and other leaders within the community on how they can approach, script and support the extended family and the other children who will be wondering why their little friends are not returning this week", he said.

Una Butler, whose husband John killed their two daughters before taking his own life in 2010, said murder-suicides are not as rare as people think.

She said her research into murder-suicide found that there have been 27 cases since 2000 and of those cases, 29 children and ten adults were murdered.

Speaking on the same programme, she said she had no forewarning that her daughters, six-year-old Zoe and Ella who was two, were at any risk from her father.

Ms Butler said her husband did suffer with depression, which was difficult to live with, but loved his children and had never been abusive to either them or her.

She said she believes she should have been involved with his treatment.

Ms Butler said she is absolutely shocked and numbed by what happened in Cavan.