Two men, aged 26 and 33, have been arrested after drugs with an estimated street value of €500,000 were seized in a search in Bellewstown, Co Meath, yesterday.

During the course of the search heroin, ecstasy tablets, cannabis resin and cannabis herb along with cash totalling €70,000 were seized.

Mixing agents and other drug paraphernalia were also seized.

The two men are being held at Kells Garda Station.

Elsewhere, a man and a woman, both in their 20s, were arrested in Dublin after a small quantity of heroin, a substantial sum of money and other stolen property were recovered in a search in the south inner city. 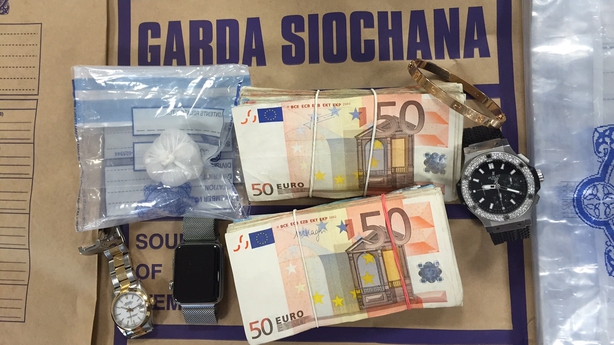 An Audi A3 was also seized as part of the operation.

The search was carried out today by gardaí assisted by the newly formed Special Crime Task Force and the Drugs and Organised Crime Bureau.

The pair arrested are being held at Kevin Street Garda Station.