A tourist cycling over one of Ireland's highest mountain passes has died after crashing into a ditch, gardaí said.

The woman, in her 30s and from France, was travelling along the famed Conor Pass on the Dingle peninsula in Co Kerry with her boyfriend.

The woman was descending towards the village of Cloghane on the northern side of the Dingle peninsula when the accident occurred.

Weather conditions were said to be poor this morning when her bike "left the road and hit a ditch", gardaí said. 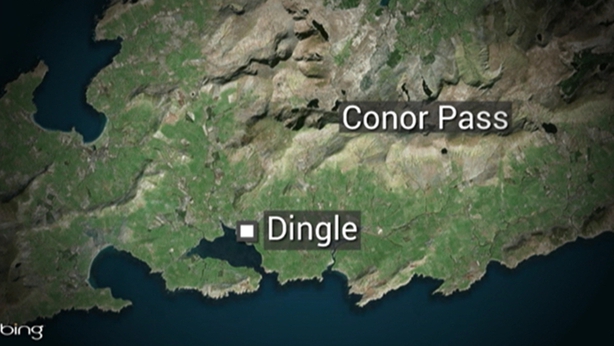 She was pronounced dead at the scene and her body was removed to University Hospital Tralee.

The couple were due to return home to France in the coming days after their holiday in Ireland.

Gardaí are appealing for anyone with any information to contact Dingle Garda Station on 066-9151522, the Garda Confidential Line on 1800 666 or any garda station.

The man, in his 40s, was travelling on the Tullyvar Road in Aughnacloy.

He was driving a white Ford Transit van when the crash happened, shortly before 8.30pm last night.

The PSNI has appealed for anyone who witnessed the crash to contact them.