Diana, 18, and 17-year-old Loujin arrived in Ireland just over two years ago.

Their family had fled their home in Aleppo, Syria as the war approached, writes RTÉ's Education Correspondent Emma O Kelly.

Today the sisters were among 58,000 students who received their Leaving Certificate results.

Both Diana and Loujin have their hearts set on becoming doctors, like their parents.

They began fifth year in Ireland two years ago with little or no English.

But, incredibly, the results they received today place them among this year's Leaving Certificate high performers.

"At the beginning my English was very poor, and it always took me a longer time to learn stuff and revise stuff" Loujin told RTÉ News. "But it got easier with time," she added.

The girls' family fled Aleppo as the war approached. As doctors, their parents were at particular risk, from both sides of the conflict.

The girls were told suddenly one night that the family was leaving the next day.

They say their last memory of home - saying goodbye to their cousins, grandparents aunts and uncles - is a painful one.

Loujin's Leaving Certificate results add up to 435 CAO points; a remarkable achievement given the circumstances.

But she is determined to study medicine and so will repeat the exam next year at her school, Maynooth Post Primary.

Her older sister Diana, with 560 points, now has medicine in her sights.

Her Leaving Certificate results must be combined with HPAT scores – another test required of would-be medical students - but Diana is hoping that the CAO on Monday will make her an offer of a place in medicine at Trinity College.

Aleppo is now at the centre of the war in Syria, besieged, trapped between Assad forces and a coalition of rebels.

These two young women are extremely worried for the friends and family they have left behind.

Their sense of powerlessness distresses them: "It's really sad and heartbreaking," Diana says, "but I can do nothing".

Asked would she like to return to Syria, Diana says "of course". "Hopefully", she adds. 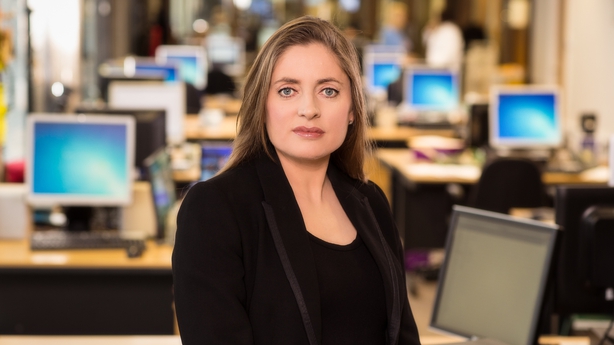