Firefighters are working to extinguish a gorse fire which broke out at Bray Head in Co Wicklow.

The gorse fire began in the early hours of this morning. 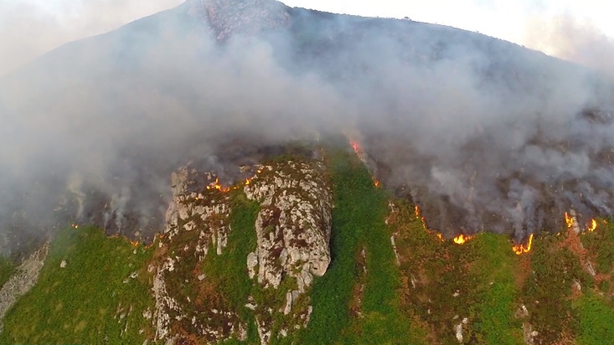