The trustees of St Patrick's College in Maynooth are to meet within the next five weeks to decide their response to the current controversy at the institute.

The announcement by Primate of All Ireland Archbishop Eamon Martin comes hours after Dublin's Archbishop Diarmuid Martin publicly expressed surprise that a trustees' meeting had not yet been called to address the ongoing crisis.

He described the climate of anonymous allegations about inappropriate sexual behaviour in the main national seminary as "dangerous and poisonous", saying there was "a strange atmosphere of innuendo" which was "unsettling" for his students and that he had to do something for their futures.

He expressed surprise that Maynooth's 17 bishop-trustees, including himself, had not been summoned to a meeting on the ongoing controversy.

Asked by RTÉ News to comment, Archbishop Eamon Martin said he has since spoken to Archbishop Diarmuid Martin and to St Patrick's President Monsignor Hugh Connolly.

He said that the archbishops had agreed that it was important that, before the new academic year begins next month, the trustees should receive a full update on developments since their last meeting in June and decide on their response.

Archbishop Eamon Martin is abroad on leave and released his comments through a spokesperson. 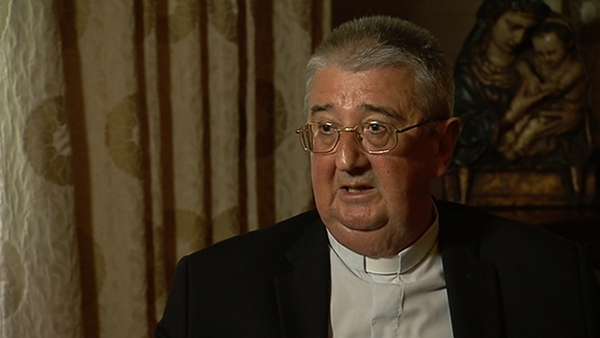