A man arrested by gardaí investigating the murder of British spy Denis Donaldson has been released without charge.

The man, in his 40s, was detained on Thursday for questioning about the April 2006 killing.

Donaldson, 55, a Sinn Féin official and close colleague of party president Gerry Adams, was shot dead at an isolated cottage near Glenties in Co Donegal in 2006.

He had been living in Donegal following his exposure as an MI5 agent a year before his death.

A Garda spokesman said the arrested man was released without charge and a file would be prepared for the Director of Public Prosecutions.

Last month, a pensioner from Scotland was granted bail after he was charged with withholding information in relation to the same investigation.

Another man, in his 40s, was arrested and then released, also pending a file being sent to prosecutors.

Dissident republican group the Real IRA claimed responsibility for Donaldson's murder in 2008 but the circumstances surrounding his outing as a British agent and subsequent death have long been shrouded in mystery.

A long-delayed inquest into the shooting has been adjourned almost 20 times.

Gardaí have repeatedly urged the coroner to postpone the probe, citing concerns it might compromise their criminal investigation.

In 2014, gardaí made a mutual assistance request to a police force outside the Republic in a bid to gain what it described as potentially "significant" evidential material.

That material was secured in March this year.

Investigating gardaí have reissued an appeal for anyone with information about the murder to get in contact. 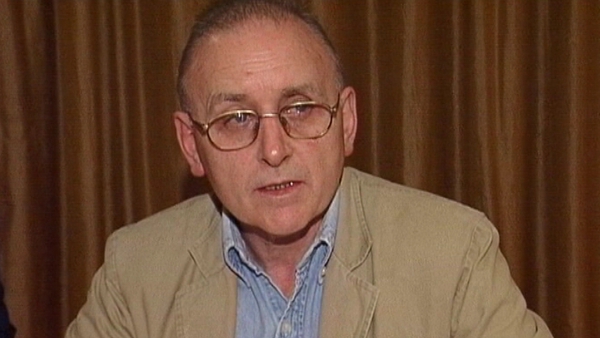