Sport Ireland have confirmed that Michael O'Reilly's legal representatives have submitted their intentions to appeal his ban.

They will now move to convene an independent disciplinary panel, which will likely hear the case early next week.

O'Reilly, 23, failed a drugs test prior to the start of the Rio Olympics and has been provisionally suspended.

It is still unclear under what grounds the appeal will be heard, whether O'Reilly will claim to have inadvertently taken a banned substance, or whether he will seek a therapeutic use exemption on medical grounds. The substance itself has also yet to be confirmed.

If O'Reilly is successful in overturning his appeal, it would likely then be the subject of a subsequent appeal to the court of arbitration for sport by WADA, the World Anti-Doping Association and/or the International Boxing Federation.

Brazil's interim President Michel Temer declared open the first Games ever in South America last night. But in a display of the deep political divisions plaguing Brazil, he was jeered by some in the crowd at the famed Maracana soccer stadium.

Brazil unfurled a vast canvas celebrating its rain forest and the creative energy of its wildly diverse population in welcoming the world to the Olympic Games in Rio de Janeiro, all to the pounding beat of samba, bossa nova and funk.

The opening ceremony was decidedly simple and low-tech, a reflection of Brazil's tough economic times.

In one of the world's most unequal societies, the spectacle celebrated the culture of the favelas, the slums that hang above the renowned beaches of Rio and ring the Maracana.

There was no glossing over history either: from the arrival of the Portuguese and their conquest of the indigenous populations to the use of African slave labour for 400 years. The clash of cultures, as the ceremony showed, is what makes Brazil the complex mosaic that it is. 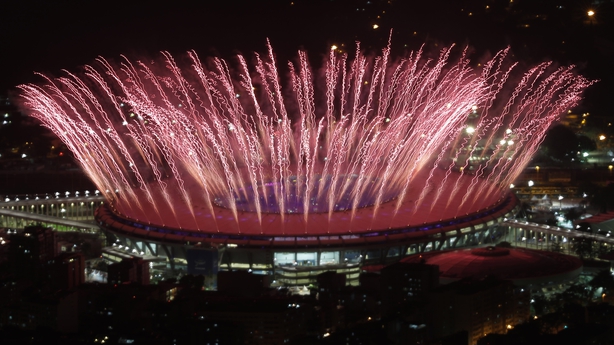 Home to the Amazon, the world's largest rain forest, Brazil used the ceremony to call on the 3 billion people watching the opening of the world's premiere sporting event to take care of the planet, plant seeds and protect the verdant land that Europeans found here five centuries ago.

Brazilian marathon runner Vanderlei Cordeiro de Lima, a bronze medallist in Athens in 2004, lit the Olympic cauldron, a small and low-emission model befitting the environmental theme of these Games.

Unlike the opening ceremonies in Beijing in 2008 and London in 2012, a financially constrained Brazil had little choice but to put on a more "analogue" show, with minimal hi-tech and a heavy dependence on the vast talent of Brazil and its Carnival party traditions. In the nearly four-hour event, nothing appeared to go awry.

While the Rio 2016 organising committee has not said how much the ceremony cost, it is believed to be about half of the $42m spent by London in 2012.

Ireland's contingent of athletes was lead into the Maracana stadium by Olympic medal winner Paddy Barnes. 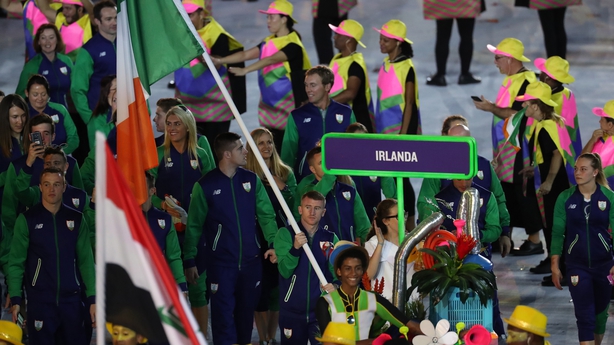 If you missed the opening ceremony, you can catch-up on how it unfolded on the RTÉ Sport blog.