This follows the breakdown of talks with the company at the Workplace Relations Commission aimed at resolving a long-running dispute over payment for productivity and a shorter working week.

Yesterday the company accused SIPTU and the National Bus and Rail Union of an orchestrated policy of non-cooperation with driver training, which it said was damaging its financial position.

The company said the issue must be addressed urgently.

However, SIPTU and the NBRU retorted by accusing the company of attempting to cherry pick from the talks agenda.

The unions now say that the talks broke down this afternoon and they will proceed to ballot drivers for industrial action.

They said it was appalling and contemptible that a taxpayer-funded transport service should treat its own workforce in what they called a disgraceful manner, which would expose the travelling public to a potential scenario whereby train services will come under threat.

They stressed that the unions remained prepared to discuss driver training while simultaneously discussing all other issues raised in a report commissioned by the Labour Court or to return to the Labour Court. 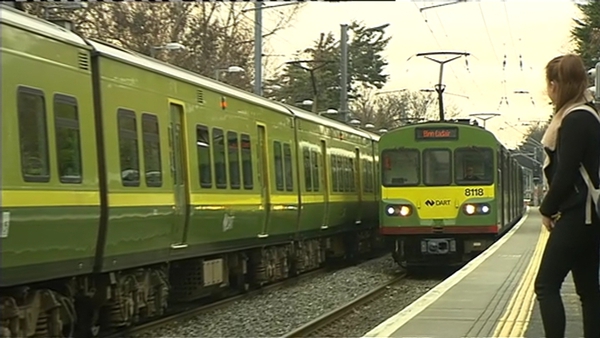